About Raza Mahmood Khan
Status:
Rescued
About the situation

On 10 July 2018, Raza Mahmood Khan returned home safely over seven months after his disappearance on 2 December 2017. The human rights defender was recovered by the Model Town Police Station in Lahore in good health but news of his return was only made public 10 days later due to "security concerns."

On 2 December 2017, Pakistani peace activist Raza Mahmood Khan went missing from his residence in Lahore city in the Punjab province. 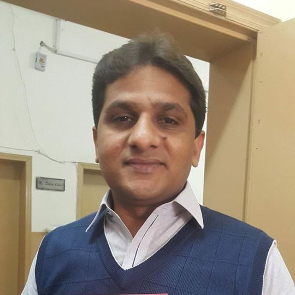 Raza Mahmood Khan is a peace activist and Pakistan convener of Aaghaz-e-Dosti (Beginning of Friendship), an organisation that promotes peacebuilding between India and Pakistan. He is also a team member of Hum Sab Aik Hai (We Are All One), an organisation which aims to promote equality betweens citizens of all classes and religions. In addition, he organises civil society events aimed at reducing religious extremism in Pakistan.

On 2 December 2017, Pakistani peace activist Raza Mahmood Khan went missing from his residence in Lahore city in the Punjab province.

On 2 December 2017, Raza Mahmood Khan organised an event at a public space, Lowkey Lokai, to voice opinions against a 20 day sit-in by protesters who are demanding the resignation of the federal law minister for allegedly blasphemous statements, and a strict adherence to the country's severe blasphemy laws. Khan was last seen by event attendees after the event, near the venue, at around 8:00 pm. Since then his whereabouts have remained unknown and both of his phones are switched off.

On 3 December, 24 hours after the human rights defender was last reported seen, his associates contacted his neighbours, friends and family for information but none of them had any knowledge of his whereabouts. His residence was locked from the outside but a light was switched on inside. Consequently, the human rights defender’s brother, Hamid Naseer Mehmood, suspecting that Raza Mahmood Khan may have been abducted, filed a complaint with the police. Police were initially reluctant to register the complaint, but eventually filed a First Information Report on the morning of 5 December 2017.

Human rights defenders in Pakistan are facing an increasingly hostile climate. Over recent years, enforced disappearances have become commonplace in Pakistan’s main urban areas. Pakistan’s Commission on Inquiry on Enforced Disappearances received nearly 300 cases of alleged enforced disappearances from August to October 2017, by far the largest number in a three-month period in recent years. In January 2017, four activists were released three weeks after being abducted from Lahore, the capital Islamabad and the central Punjab town of Nankana Sahib.

Front Line Defenders expresses grave concern about the disappearance of human rights defender Raza Mahmood Khan, which it believes is solely motivated by his peaceful and legitimate work in human rights in Pakistan.

1. Carry out an immediate, thorough and impartial investigation into the disappearance of human rights defender Raza Mahmood Khan, with a view to ensuring his protection and release, publishing the results and bringing those responsible to justice in accordance with international standards;

2. Guarantee in all circumstances that all human rights defenders in Pakistan are able to carry out their legitimate human rights activities without fear of reprisals and free of all restrictions.