Prosecution and detention of Amal Fathy

About Amal Fathy
Status:
Release ordered
About the Situation 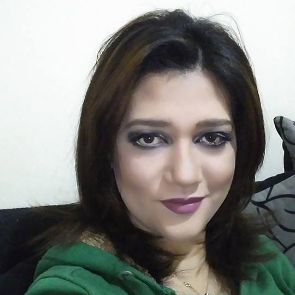 Amal Fathy is an online activist and a former member of the April 6 Youth Movement, a pro-democracy and human rights protest movement established by young activists in 2008. She is a member of the Egyptian Commission for Rights and Freedoms (ECRF), an organisation that works in several Egyptian governorates and founded by her husband, human rights defender and former Amnesty International researcher Mohamed Lotfy. It intensively campaigns against the use of torture, enforced disappearance and extra-judicial killings and provides free legal assistance to prisoners of conscience and political detainees. In April, ECRF was awarded the Index on Censorship Freedom of Expression Award for 2018.

On 10 October 2018, the Cairo Criminal Court in Tora rejected the appeal of woman human rights defender Amal Fathy. Her appeal related to a preventive detention order of 15 days issued by state security prosecution. A renewal of detention was scheduled for 14 October 2018. Amal Fathy's detention has been renewed multiple times since May, related to her alleged ‘collaboration’ with hostile groups including members of the April 6 Youth Movement and the Muslim Brotherhood, allegedly to “undermine the latest presidential election and trigger social unrest”.

According to her lawyer, family and others attending the court hearing, Amal Fathy appeared to be suffering from serious depression. Concerns regarding the human rights defender’s physical and mental health had been previously voiced in July 2018.

On 29 September, the Maadi Misdemeanors Court handed down a sentence in a different case facing the human rights defender, relating to a Facebook video she posted speaking out against sexual harassment. She was sentenced to two years in prison, a  fine of 10,000 Egyptian pounds and a bail of 20,000 Egyptian pounds in order to suspend the sentence. This bail is meant to suspend the sentence temporarily until an appeal is submitted and to allow the defendant to spend the period between the first-instance judgment and the court of appeals verdict out of prison. However, as the Cairo Criminal Court rejected her appeal of the preventive detention in the parallel case, she is unable to benefit from the bail and remains detained.

WHRD Amal Fathy is in urgent need of medical attention in detention in Qanater women’s prison in Cairo, where she has been held since 13 May 2018 following her arrest on 11 May.

When Amal arrived at the National Security Prosecution Office on 2 July, she showed symptoms of acute stress and was unable to walk on her own. One day prior, Amal was referred to the prison's doctor after her health conditions deteriorated. She was diagnosed with paralysis in the left leg, and the doctor requested that she be permitted to see a psychiatrist.

The National Security Prosecution and General Prosecution offices have extended Amal's detention multiple times since May, pending investigation on charges related to a Facebook video she posted speaking out against sexual harassment, and allegedly "using the internet to call for terrorist acts."

On 13 May, the State Security Prosecution ordered the detention of human rights defender Amal Fathy pending further investigation on charges of “joining a terrorist group and using the Internet to call for terrorist acts” and “spreading false news and rumours to disrupt public security and harm national interests”. This is in addition to a 15 day pre-trial detention, which was ordered on 11 May by the General Prosecution in Maadi, south of Cairo, for making comments in a Facebook video about sexual harassment.

On 11 May at around 2:30 am, seven National Security Agency officers in civilian clothes and two masked armed officers from the Special Forces raided Amal Fathy and Mohamed Lotfy’s apartment in Maadi. They searched it, confiscated their mobile phones, arrested them and their three-year old child, and transferred them to Maadi Police Station. The police released Mohamed Lotfy and their child several hours later, but kept Amal Fathy in detention.

On 13 May, the State Security Prosecution questioned Amal Fathy primarily on her ties with the April 6 Youth Movement and the ECRF, including on the activities of her husband, Mohamed Lotfy, and the chairman of ECRF’s board of trustees, Ahmed Abdallah. The human rights defender was charged with “joining a terrorist group and using the internet to call for terrorist acts and spreading false news and rumours to disrupt public security and harm national interests”. The State Security Prosecution ordered her detention for 15 days pending investigation and she was transferred to Qanater women’s prison, north of Cairo.

Egyptian pro-government and state-owned newspapers had begun attacking Amal Fathy and her husband before their arrests; on 10 May several reports accused them of conspiring with foreign actors to undermine Egypt’s stability and institutions. Over the past two years, leaders and members of the ECRF, including Ahmed Abdallah, have been subjected to detention and judicial harassment. Mohamed Lotfy was subject to a travel ban for almost two years from June 2015 for his involvement in international advocacy.

Front Line Defenders is seriously concerned about the detention of, and charges against human rights defender Amal Fathy, which it believes are due to her legitimate activities in defence of human rights and democracy. It also believes that the legal action that has been taken against her is an act of reprisal and intimidation against the human rights work of the ECRF.

1. Drop all charges against Amal Fathy as Front Line Defenders believes that she is being detained and has been charged solely as a result of her legitimate and peaceful work in defence of human rights;

2. Immediately and unconditionally release Amal Fathy, ensure her liberty and security and cease all forms of harassment against her and other ECRF members.

3. Cease targeting human rights defenders in Egypt in all circumstances so that they are able to carry out their legitimate human rights activities without fear of reprisals and free of all restrictions including judicial harassment.