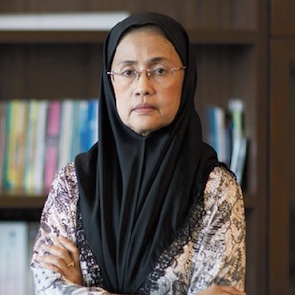 On 12 April 2022, around 6 am, an unknown individual threw a 9-inch long scissors at the house of woman human rights defender Angkhana Neelapaijit in Thonburi District, Bangkok. The attack damaged her front door and her car, which was parked outside her house. The incident was captured on CCTV which revealed the assailant wearing a black t-shirt with the King Rama 9 symbol, a cap and a surgical mask, walking along the small road where her house is located. Around 6:30 am, the woman human rights defender reported the incident to the Bang Yee Rua Metropolitan Police Station and the police lodged a complaint and visited her house for the preliminary investigation.

The attack on Angkhana Neelapaijit on 12 April 2022 took place merely days after her appointment as a member of the UN Working Group on Enforced or Involuntary Disappearance on 1 April 2022. Prior to the attack, she had been under a witness protection scheme of the Department of Special Investigation (DSI), since the department had been investigating the disappearance of her husband, Somchai Neelapaijit, in 2008. However, on 23 March 2022, Angkhana Neelapaijit was informed that she would no longer be protected under the scheme from 1 April 2022. The reason cited for the withdrawal of the witness protection scheme was the dismissal of the case of her husband’s disappearance by the Supreme Court of Thailand in 2015, following which the DSI and the Attorney General’s office closed the investigation in the case. In spite of this background, the police investigating the attack on Angkhana Neelapaijit’s house on 12 April 2022 failed to discuss or offer protection to the woman human rights defender.

The DSI has also justified the withdrawal of protection saying that there have been no threats and attacks against Angkhana Neelapaijit for several years. This, however, fails to address the numerous reprisals that she has faced in retaliation to her human rights work. In December 2021, the United Nations Secretary-General’s report to the Human Rights Council addressed the threats made against Angkhana Neelapaijit in her capacity as a grant recipient of the UN Voluntary Fund for Victims of Torture. On 4 November 2020, the woman human rights defender filed a civil case against the Office of the Prime Minister of Royal Thai Army seeking remedy for damages related to the alleged disinformation and smear campaign by the Royal Thai Army’s Internal Security Operation Command against her. In September 2017, four UN human rights experts wrote to the Royal Thai Government regarding the alleged acts of intimidation, harassment and death threats targeting Angkhana Neelapaijit.

The woman human rights defender is also facing criminal defamation charges in two lawsuits filed against her by a Thai chicken company, Thammakaset Company Limited, for her social media posts expressing support for other human rights defenders who were being judicially harassed by the company. The latest hearings in the lawsuits are scheduled for April and May 2022.

Front Line Defenders is deeply concerned regarding the persistent attacks faced by Angkhana Neelapaijit, as it believes she is being targeted solely for her legitimate and peaceful work for the protection of human rights in Thailand. It urges the Thai government to create an environment that is respectful of human rights defenders so that they are able to carry out their work without fear of reprisals.

On 23 November 2020, the Bangkok South Criminal Court began its preliminary hearing into the combined case brought against the three women human rights defenders Angkhana Neelapaijit, Puttanee Kangkun, and Thanaporn Saleephol. The case brought before the court by Thammakaset Company Limited, combines four different complaints, which include a total of 28 counts of criminal defamation for 28 postings or re-postings on social media. The posts in question were made by the women human rights defenders to express support for other human rights defenders facing judicial harassment by the company for documenting labour rights abuses. Angkhana Neelapaijit faces a total of two counts, Puttanee Kangkun faces 21 counts, and Thanaporn Saleephol faces five counts.

This case brought against the defenders is not an isolated incident. Since 2016, the company has filed at least 37 complaints against 22 human rights defenders. While many of these cases have been dismissed or ruled against the company by the courts, several cases still remain open. The company’s constant judicial harassment of the human rights defenders who speak out against labour rights violations within the company has created an environment of fear and reprisal, causing many to be afraid to speak up about the abuses that are reportedly occurring.

In March 2020, experts from the UN condemned the judicial harassment of the human rights defenders by the company and called for the country to follow through on it’s commitments made under the National Action Plan on Business and Human Rights, which facilitate to “push review, amendment and abolition of laws, as well as relevant mechanisms, to facilitate the protection of human rights defenders”.

Front Line Defenders condemns the ongoing judicial harassment of women human rights defenders Angkhana Neelapaijit, Puttanee Kangkun, and Thanaporn Saleephol, as it believes they are being targeted solely for their legitimate and peaceful work for the protection of human rights, specifically on labour rights in Thailand. It urges the Thai government to create an environment that is respectful of the fundamental right of the freedom of expression, which is guaranteed under the Constitution and, by Article 19 of the International Covenant on Civil and Political Rights, to which Thailand is a State Party.