About Nader Abd-al-Imam
Status:
Summoned
About the situation 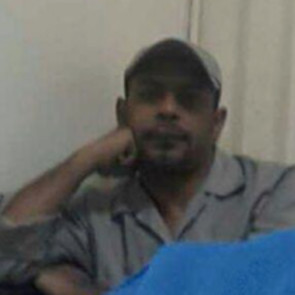 Nader Abd-al-Imam is a human rights activist and Head of the Bahraini Organization for Anti-discrimination.

On 23 November, Ibtisam Al-Saegh and Rula Al-Saffar were questioned by the Public Prosecution office in Bahrain about twitter posts that they engaged in and were accused of inciting hatred against the Bahrain regime and threatening public safety and security. Both human rights defenders are currently banned from travel. Hussain Radhi and Nader Abd-al-Imam were questioned about tweets that they posted about public needs in Bahrain and a United Nations report on incidents of sectarian persecution in Bahrain. On 16 November, Ibrahim Al-Demistani was brought in for questioning under fabricated allegations that he took part in an assembly on 11 August 2016 in Duraz. He denied taking part in the assembly. On 15 November, Nedal Al-Salman was also questioned regarding fabricated allegations that she participated in an assembly in Duraz. She denied taking part in the assembly. Also on 15 November, Zainab Khamees was questioned about taking part in an “illegal assembly” - she received the summons for questioning a day earlier after Bahrain forces raided her home.

In a separate incident on 15 November, the family of imprisoned human rights defender  Mr. Saeed Al-Samahiji reported a deterioration in his health in Jaw Central prison in Bahrain after he was deprived of his medicine – the human rights defender had been suffering from chronic headaches . Saeed Al-Samahiji is an ophthalmologist who extended his medical services to injured protesters during the popular uprisings in Bahrain in 2011.

Front Line Defenders condemns the recent judicial harassment against human rights defenders in Bahrain and all travel bans being imposed against defenders in Bahrain and believes that such acts are solely motivated by their peaceful and legitimate activities in the defence of human rights in Bahrain. Front Line Defenders is also deeply concerned that Saeed Al-Samahiji remains in detention and has been denied access to medical care.

1. Cease all forms of judicial harassment against all human rights defenders in Bahrain;

2. Immediately and unconditionally remove the travel ban imposed against  all human rights defenders facing travel restrictions in Bahrain, as Front Line Defenders believes that they are being restricted solely as a result of their legitimate and peaceful work in the defence of human rights;

4. Guarantee in all circumstances that all human rights defenders in Bahrain are able to carry out their legitimate human rights activities without fear of reprisals and free of all restrictions.