About Mohamed Noby Mahmoud
Status:
Facing charges
About the situation 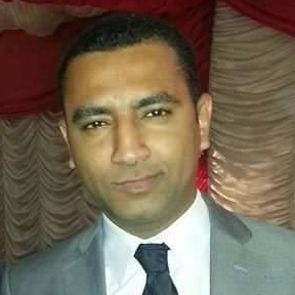 Mohamed Noby Mahmoud is a human rights lawyer based in Luxor, Egypt. He has advocated on fair trial rights and acted as legal representation in arbitrary detention cases. He has documented the use of military trials and the human rights violations of detainees and individuals in police custody.

On 7 December 2017, human rights defender Mohamed Noby Mahmoud will face his second investigation hearing in front of the State Security Prosecution in Luxor. On 25 November, he was transferred to Al-Jurnah Central Prison, where he is currently being held.

The human rights defender continues to be detained in Al-Jurnah Central Prison and denied access to his attorney. On 25 November 2017, he was charged with “interrupting the application of the constitution, laws, or statutes”, “membership in a prohibited organisation”, “destablising national security”, “infringing upon public freedoms” and “inciting disruption of state institutions”.

On 23 November 2017, Mohamed Noby Mahmoud was arrested during a night raid on his home at approximatively 3:00 am. During the raid, National Security agents searched his home without a search warrant and threatened the human rights defender and his mother, who was at home at the time of the arrest, with physical assault if they did not comply with orders to give the agents electronic devices. The human rights defender was arrested without an arrest warrant and subsequently denied access to his attorney for two days.

1. Immediately drop all charges against Mohamed Noby Mahmoud as it is believed that they are solely motivated by his legitimate and peaceful work in defence of human rights;

2. Immediately and unconditionally release Mohamed Noby Mahmoud, as Front Line Defenders believes that he is being held solely as a result of his legitimate and peaceful work in the defence of human rights;

3. Allow Mohamed Noby Mahmoud immediate and unfettered access to his family and lawyer;

4. Ensure that the treatment of Mohamed Noby Mahmoud, while in detention, adheres to the conditions set out in the ‘Body of Principles for the Protection of All Persons under Any Form of Detention or Imprisonment', adopted by UN General Assembly resolution 43/173 of 9 December 1988.