About Sudha Bhardwaj
Status:
Defamation
About the situation

On 5 July 2018, human rights lawyer Advocate Sudha Bhardwaj released a statement refuting the false allegations and defamatory statements levelled against her by Arnab Goswami, news anchor and managing director of Republic TV. In a program that aired on 4 July 2018, Arnab Goswami alleged that the human rights defender was linked to Maoists. 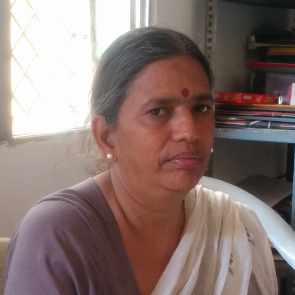 Sudha Bhardwaj is a human rights lawyer practising as an Advocate at Chattisgarh high court in Bilaspur, with a focus on protecting the rights of Adivasi (indigenous) people in the state of Chattisgarh. She has appeared in several cases on alleged ‘fake encounters’ of Adivasis and has represented on behalf of adivasis and activists at the National Human Rights Commission of India. She also serves as the National Secretary of People’s Union for Civil Liberties.

On 5 July 2018, human rights lawyer Advocate Sudha Bhardwaj released a statement refuting the false allegations and defamatory statements levelled against her by Arnab Goswami, news anchor and managing director of Republic TV. In a program that aired on 4 July 2018, Arnab Goswami alleged that the human rights defender was linked to Maoists.

On 4 July 2018, Republic TV aired a programme in which Arnab Goswami claimed that Sudha Bhardwaj had written a letter to a Maoist identifying herself as “Comrade Advocate Sudha Bhardwaj” and stated that violent political climate had to be created as in Kashmir. She was accused of receiving money from Maoists. It was also claimed that she stated that some well known human rights lawyers had Maoist links.

In the statement, Sudha Bhardwaj firmly denied that the letter was written by her, and refuted the false allegations as defamatory and hurtful. She also expressed incredulity at the fact that the source of the letter had not been revealed, and that the letter had surfaced at the studio. She believes that the malicious and fabricated attack on her is a result of a press conference she had addressed in Delhi on 6 June 2018, condemning the arrest of Advocate Surendra Gandling. Advocate Surendra Gadling was arrested based on evidence “indicating links with banned Maoist groups”.

This smear campaign comes as a part of an ongoing crackdown against human rights lawyers in India, especially those who work with Adivasi people and dalits. Front Line Defenders condemns the smear campaign against human rights defender Sudha Bhardwaj, which it considers to be in retaliation to her legitimate and peaceful human rights work. Front Line Defenders expresses its concern for the security of Sudha Bhardwaj, particularly as the inflammatory allegations may motivate judicial harassment or other forms of retaliation.

1. Condemn the ongoing smear campaign against human rights defender Sudha Bhardwaj and carry out an investigation into the occurrence;

2. Take measures to ensure that media channels refrain from making statements or declarations stigmatising her legitimate work, and issue an official apology for publicly discrediting and insulting her and her work;

3. Guarantee in all circumstances that all human rights defenders in India are able to carry out their legitimate human rights activities without fear of reprisals and free from all restrictions.