About Medardo Mairena Sequeira
Status:
Released
About the situation 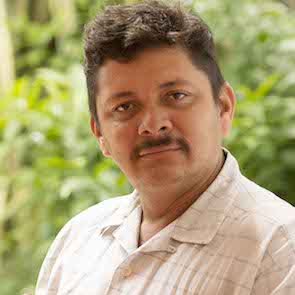 Medardo Mairena Sequeira is the National Coordinator of the Consejo por la Defensa de la Tierra, Lago y Soberanía (Council for the Defence of the Land, Lake and Sovereignty). One of the main goals of the Council is to repeal Law 840 (2013), which granted concession over large swathes of land to the privately owned Hong Kong Nicaragua Canal Development Investment Company, for a mega-project which would displace thousands of small farmers and indigenous peoples in places like Nueva Guinea and the Southern Atlantic Autonomous Region (RAAS), and has not respected their right to free, prior and informed consent. The canal will also cause irreversible environmental damage on the region, affecting the livelihoods of local populations. Local human rights organizations and indigenous groups consider the Council to be one of the largest and most important civil society movements that has arisen in the country in the past 15 years.

After his release, the human rights defender informed that he was detained at the border and kept incommunicado. He was taken to El Chipote detention centre in Managua, where he was questioned about his alleged involvement in drug trafficking. He was denied access to legal counselling and communication with his family. His family, friends and members of the campesino movement had been contacting the police since 1 September 2017, but the authorities denied that they had detained the human rights defender. He was released on 3 September 2017 in Nueva Guinea, where the police left him without any documents or notice about his illegal detention.

Human rights defenders in Nicaragua have been subjected to illegal detention, death threats and violent attacks, including killings, that often go unpunished. Not only does the government fail to offer protection, but in many cases, government officers are involved in the violations themselves. Front Line Defenders has previously raised its concern regarding cases of illegal detention, harassment, threats and intimidation in the cases of Aydil del Carmen Urbina Noguera, Vilma Nuñez de Escorcia, Francisca Ramírez, and Lottie Cunningham Wren.

Front Line Defenders is concerned by the illegal detention of Medardo Mairena Sequeira, and these other recent instances of harassment towards human rights defenders, with the heightened risk they face seemingly an attempt to silence their voices.

1. Carry out an immediate, thorough and impartial investigation into the illegal detention of Medardo Mairena Sequeira, with a view to publish the results and bring those responsible to justice in accordance with international standards;

2. Take all necessary measures, in consultation with the defender, to guarantee his physical and psychological integrity and security;

3. Guarantee in all circumstances that all human rights defenders in Nicaragua are able to carry out their legitimate human rights activities without fear of reprisals and free of all restrictions including judicial harassment.

On 2 September 2017, the family of Medardo Mairena Sequeira, National Coordinator of the Council for the Defence of the Land, the Lake and Sovereignty, reported that are HRD's whereabouts are unknown. Medardo was in Costa Rica since mid-August attending a serious health situation of one of his children. On 1 September, he informed his relatives that he would travel back to Nicaragua through the migratory post of Las Tablillas in Los Chiles. After sending a text message reporting that he was at the border, nothing has been heard from the HRD in over 24 hours.

The last communication he had with Medardo was on Friday, September 1 at 2.30 in the afternoon when he sent a cell phone message to his brother Alfredo Mairena saying that he was already at the border. Repeated efforts have been made to contact him by cell phone without success. After 24 hours, no information about his whereabouts is available.

Human rights organizations have made different consultations with the immigration, judicial and police authorities of the migratory post of Los Chiles in Costa Rica, reporting that these authorities have no knowledge of the HRD's whereabouts.

Medardo's family has not received any information that he has been detained by the Nicaraguan authorities.

Front Line Defenders calls on the authorities in Nicaragua to investigate the case and to disclose any information it discovers regarding the whereabouts of Medardo Mairena Sequeira.