About Andrea Margarita Núñez Chaim
Status:
Beaten
About the situation 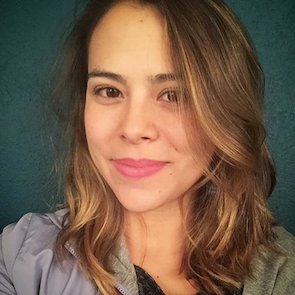 Joel Bernabel Rivera, from El Salvador, and Olvin Inocente Interiano Mejía, from Honduras, are human rights defenders that are working to protect the rights of migrants arriving in Mexico from Central America. They assist migrant caravans and provide meals in a “migrant restaurant” they established in the northern city of Tijuana. They both accompany the caravans from the southern Mexican border to Mexico’s border with the United States.

Cristóbal Sánchez Sánchez is a Mexican human rights defender who has been working on migration issues for the past 15 years. He founded the Migrant Culture Collective, and assists the passing of caravans. Due to his human rights work, he was previously detained in 2011 in Tapachula, when documenting human rights violations against migrants. Mexican woman human rights defender Andrea Margarita Núñez Chaim is an anthropologist and social activist affiliated with the Justice in Movement A. C. Social Investigation Laboratory (Laboratorio de Investigación Social Justicia en Movimiento A.C.) and the Center of Investigations and Superior Studies in Social Anthropology (Centro de Investigaciones y Estudios Superiores en Antropología Social,CIESAS). Both human rights defenders have accompanied the most recent migrant caravan since it left Honduras in mid-January and have been documenting human rights violations.

Denis Omar Contreras, from Honduras, is one of the coordinators of the migrant caravan that left Honduras on 15 January. Since March 2017 he participated in and provided humanitarian assistance to caravans, providing support to Hondurans trying to reach the southern border of Mexico.

On 14 January 2019, a migrant caravan with approximately 1500 persons left San Pedro Sula, Honduras, for Mexico and the United States. It arrived in Mexico City on 10 February 2019. The group is part of the Central American Exodus, a mass migration that has led around 17.000 individuals escape high levels of violence and poverty in Central America since April 2018.

The migrants arrived at the Magdalena Mixhuca Sports Center in Mexico City, which is being used as a shelter, in the early hours of 11 February. According to the shelter’s internal rules, migrants have the right to stay up to 10 days. However, on their arrival, Mexico City Council authorities, who run the centre, declared that the group was only allowed to stay for three days. The migrants requested to wait for family members and receive their humanitarian identification permits, which would allow them to access humanitarian aid.

On 13 February, Paulo Luis Ballesteros Flores was detained outside the Magdalena Mixhuca Center. He was taken to a car and driven away by three unidentified individuals in civilian clothes. The human rights defender was subsequently deported to Guatemala, despite having Honduran nationality. The unidentified individuals are therefore believed to have been agents from the National Migration Institute (Instituto Nacional de Migración – INM). Paulo Luis Ballesteros Flores is from Honduras and arrived in Mexico in a caravan in October 2018, and has since then been involved in the planning and assistance to migrant caravans.

At 11am on 15 February, Mexico City police violently evicted migrants from inside the Magdalena Mixhuca Sports Center, detaining and physically injuring a number of them. Olvin Inocente Interiano Mejía and Joel Bernabel Rivera, who had been trying to document the actions of the police by taking pictures and videos, were also detained. They were held for six hours, during which they were beaten by police.

On the same day, Cristóbal Sánchez Sánchez and Andrea Margarita Núñez Chaim went to Magdalena Mixhuca Sports Center to take the remaining migrants to a safe place. Human rights defender Denis Omar Contreras was already there making plans to do the same. Then, more than ten police officers arrived at the Center and tried to detain Denis Omar Contreras. Cristóbal Sánchez Sánchez and Andrea Margarita Núñez Chaim tried to argue that there were no grounds for his detention and that he had a valid residence permit in Mexico.

The four human rights defenders that were detained were taken to the Civic Court of Iztacalco, where Olvin Inocente Interiano Mejía, Joel Bernabel Rivera and Cristóbal Sánchez Sánchez were accused by the police of “disturbing public order”. The judge ordered their release due to lack of evidence.

In a separate incident, on 18 February 2019, Irvin Mondragón, human rights defender assisting LGBTI+ caravan members, was stopped by agents from the Mexican Navy Secretariat (Secretaría de Marina, SEMAR)  at a migrant shelter in Celaya, managed by SEMAR. He reported that he was questioned about his work and presence at the shelter, searched and threatened not to come back.

Since their arrival at Mexico’s southern border, the caravan migrants have faced harassment and threats. The threats and intimidation frequently increase when groups reach Mexico City. Civil society organisations and human rights defenders who seek to assist the migrants have also been met with hostility, and are often forced to withdraw their support.