About Gao Zhisheng
Status:
Detained
About the situation

On 5 September 2017, authorities informed Gao Zhisheng’s brother that the human rights defender is in police custody in Beijing. Gao Zhisheng has been missing since his disappearance on 13 August 2017. No additional information has been provided to the defender’s family, nor have they received any official notification of his arrest. 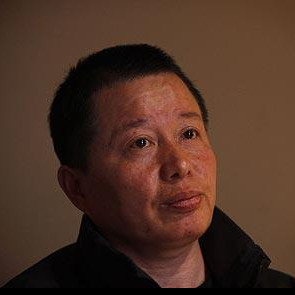 Gao Zhisheng is a human rights lawyer who regularly takes on cases involving persecution of religious minorities, including Falun Gong practitioners and those associated with the unofficial 'house church' movement. For this, and other human rights defence work, Gao Zhisheng has been forcibly disappeared a number of times, and brutally tortured. His law practice was shut down in 2005 and the following year he was placed under house arrest having been found guilty of 'inciting subversion of state power'.

On 5 September 2017, authorities informed Gao Zhisheng’s brother that the human rights defender is in police custody in Beijing. Gao Zhisheng has been missing since his disappearance on 13 August 2017. No additional information has been provided to the defender’s family, nor have they received any official notification of his arrest.

Gao Zhisheng’s disappearance and subsequent incommunicado detention is part of a larger pattern of repression by which Chinese authorities round up outspoken or dissenting voices in the periods leading up to major political meetings or events. Gao Zhisheng’s advocates anticipate that the defender will likely remain in detention until the conclusion of China’s 19th Party Congress, currently scheduled to open on 18 October 2017 and conclude after one week.

Front Line Defenders condemns the arbitrary detention of Gao Zhisheng and the failure of arresting authorities to comply with domestic and international law in informing the defender’s family of the details of his arrest. Front Line Defenders calls on Chinese authorities to immediately release Gao Zhisheng as it believes that the defender has been targeted solely as a result of his legitimate human rights work.

On 13 August, 2017, human rights defender Gao Zhisheng (高智晟) was reported missing by his brother, following the latter’s visit to the defender’s home in Yulin City, Shaanxi Province. Gao Zhisheng has been kept under close surveillance by Yulin authorities following his release from detention on 8 August 2014.

Front Line Defenders has reported on previous instances of the forced disappearance of Gao Zhisheng, who has been held alternatively under residential surveillance, incarceration, and incommunicado detention in black jails since 2006. In August 2014, Gao Zhisheng had spent eight years in and out of detention, during which time he was subjected to torture and other cruel and inhuman treatment. In June 2017, Gao Zhisheng's written memoirs of his detention and torture by Chinese authorities were published in Taiwan, where local defenders following Gao Zhisheng’s case have expressed concern that his present disappearance may be an act of retaliation by Chinese authorities, in response to this publication.

1. Provide all necessary support to identify the whereabouts of Gao Zhisheng, and in particular guarantee that the defender has not been subjected to another instance of illegal, incommunicado detention;

2. If the defender is being held in detention, ensure that the treatment of Gao Zhisheng adheres to the conditions set out in the ‘Body of Principles for the Protection of All Persons under Any Form of Detention or Imprisonment', adopted by UN General Assembly resolution 43/173 of 9 December 1988;

3. In accordance with Chinese and international law, refrain from all judicial harassment and surveillance activities against Gao Zhisheng, who has completed his prescribed criminal sentence;