About Wang Qiushi
Status:
Released on Bail
About the situation

On 1 February 2016, human rights lawyer Mr Wang Qiushi was released on bail following three weeks' detention. On 12 January the lawyer was reportedly placed under residential surveillance by police in Beijing. On 9 January 2016, he disappeared after being summoned by police in the capital. 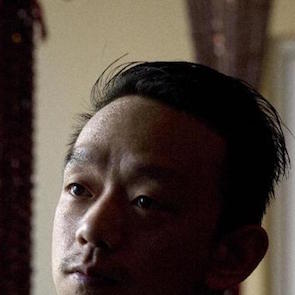 Wang Qiushi is a Heilongjiang-based human rights lawyer who has taken on a number of so-called 'politically sensitive' cases in the past number of years. In March and April 2015, he represented women's rights activist Ms Wei Tingting, who was one of five feminists arrested for planning anti-sexual harassment demonstrations to mark International Women's Day on 8 March. Since taking on the case of fellow human rights lawyer Wang Quanzhang, who has been held in detention since 10 July 2015, Wang Qiushi has been denied permission to meet with his client, who is reportedly being held in Hexi District Detention Centre in Tianjin.

On 12 January 2016, family members of Wang Qiushi reportedly received notification that the human rights lawyer had been placed under residential surveillance at a designated location by the Beijing National Security Bureau. His whereabouts are currently unknown. Article 73 of the Criminal Procedure Law allows for the detention of suspects in state security, terrorism and serious bribery cases for up to six months in undisclosed locations, under the guise of 'residential surveillance'. The authorities are not obliged to specify the place of detention or notify the suspect's relatives or legal representative of the reasons for the residential surveillance in cases relating to the three charges, if doing so may “interfere with the investigation”.

Wang Qiushi disappeared on 9 January 2016, following two days of police harassment and intermittent interrogation, after having informed friends that he had been once again summoned by police in Beijing. On 8 January 2016, he was summoned by police and questioned for six hours before being freed. He had previously presented himself at Beijing Haidian Police Station on 7 January, having been falsely informed that police in Harbin city, Heilongjiang province, were seeking to question him. He was held for 10 hours before being released.

Wang Qiushi is the latest lawyer to be detained in a six-month long assault on the country's human rights lawyers. Since 9 July 2015, over 300 lawyers, legal assistants, human rights defenders and their family members have been detained, summoned for questioning, harassed or subjected to travel bans. It is believed that at least two dozen human rights defenders remain in some form of police custody, with the whereabouts of the majority of the detained unknown.