About Thav Kimsan
Status:
Released
About the situation

On 9 May 2016, six human rights defenders - including Thav Kimsan - were arrested as they travelled to a demonstration outside Prey Sar prison in the capital Phnom Penh, calling for the release of other five human rights defenders who were arbitrarily detained and charged on 2 May 2016. All six were released on the same day. 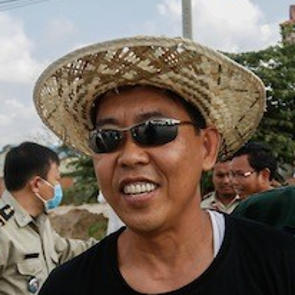 Mr Thav Kimsan is a deputy director at LICADHO (The Cambodian League for the Promotion and Defense of Human Rights), a non-governmental organisation that monitors human rights and provides legal representation to victims of human rights abuses.