About Mohamed Al-Ajmi
Status:
Legal Harrassment
About the situation

There is a pattern of intimidation and harassment against human rights defenders in Kuwait, in particular those active on the rights of the Bedoun community, which are solely targeted on account of their peaceful and legitimate human rights activities. 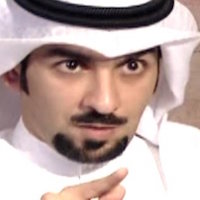 Mohamed Al-Ajmi is prominent blogger and a member of the National Committee for Monitoring Violations (NCMV) which documents violations of freedom of expression in Kuwait. He advocates for the rights of Bedoun. The term Bedoun, meaning 'without' in Arabic, refers to the community of stateless persons, native to Kuwait, who are not allowed to obtain any official state documents.

In September 2014, in a separate case, Abdulhakim Al Fadhli was sentenced to six months' imprisonment by the Misdemeanour Court for allegedly insulting a police officer. The defence team appealed the sentence and is currently waiting for the decision on the Appeal Court. If both convictions are confirmed on appeal, Abdulhakim Al Fadhli will spend a total of one year and six months in prison. For further information on his previous arrest and trial, see Abdulhakim Al Fadhli's page on Front Line Defenders' website.

In a separate case, on 28 January 2015, at 6 pm, state security officers arrested human rights defender Mr Mohamed Al Ajmi in front of his house. Mohamed Al Ajmi is a blogger and a member of the National Committee for Monitoring Violations (NCMV) which documents violations of freedom of expression in Kuwait. He also advocates for the rights of Bedoun.

His family was only informed about the arrest when state security officials phoned to ask family members to bring Mohamed Al Ajmi's medication to the State Security premises in South Surra area, where he is currently being detained. The arrest of Mohamed Al Ajmi appears to be in connection with messages posted by the human rights defender on his Twitter page about the deceased King Abdullah Bin Abdulaziz of Saudi Arabia. Reportedly, the Saudi Foreign Ministry brought a court case against him before the Kuwaiti judiciary.

Mohamed Al Ajmi has suffered harassment for his tweets on previous occasions. In August 2014 he was arrested inside the Criminal Investigation Department of Al-Salmiya district and detained on charges of “blasphemy”. He was interrogated over a tweet that he posted on 11 August 2014 criticising Kuwait for the practise of withdrawing nationality. On 2 September 2014, the Kuwaiti Misdemeanour Court ordered his release upon payment of a bail of 100 Kuwaiti Dinar (approx. US $350). The trial on this case has not been scheduled yet.

The sentencing of Abdulhakim Al Fadhli and the arrest of Mohamed Al Ajmi occurred at the same time the UN Human Rights Council examines the human rights situation in Kuwait under the Universal Periodic Review (UPR), scheduled for 28 January 2015. One day previously, on 27 January 2015, another Bedoun rights defender, Mr Nawaf Al Hendal was informed that an arrest warrant had been issued against him.

On 2 September 2014, the Kuwaiti Misdemeanour Court ordered the release of human rights defender Mr Mohamed Al Ajmi on bail amounting to 100 Kuwaiti Dinar (approx. US $350). His trial hearing has not yet been scheduled.

On 27 August 2014, Al Ajmi was arrested inside the Criminal Investigation Department of Al-Salmiya district and initially detained for ten days on charges of “blasphemy”.

On 27 August 2014 human rights defender Mr. Mohamed Al Ajmi was arrested inside the Criminal Investigation Department of Al-Salmiya district and initially detained for ten days on charges of “blasphemy”.

Mohamed Al Ajmi has been summoned to appear before the Criminal Investigation Department of Al-Salmiya district on 27 August 2014. When the human rights defender arrived at 10:00 am, he was interrogated over a tweet posted to his Twitter account on 11 August 2014. The tweet criticised Kuwait for the practise of withdrawing nationality.

Mohamed Al Ajmi was informed later on the same day that he was charged with “blasphemy”, immediately arrested, and detained until 6 September 2014. His family was not informed of his detention.

On 6 July 2014, Mohamed Al Ajmi was arrested while monitoring violations during the "Dignity of the nation" march and was released on the same day. The human rights defender became Bedoun himself after his nationality was withdrawn. For further information on the status of the Bedoun community in Kuwait, please watch the new Front Line Defenders Multiple Exposure short film entitled "Bedoon - Stateless in Kuwait".