About Liu Jie
Status:
Deceased
About the situation

Human rights defender Liu Jie died in October 2017 from complications related to her lung cancer, first diagnosed while she served an 18-month prison sentence for "libel". Liu Jie had been kept under strict surveillance and control since February 2016, when she and her husband had been detained while attempting to travel to Beijing for medical treatment. Front Line Defenders joins Liu Jie's colleagues and friends in celebrating the life of a brave advocate of the rights of residents of China's Heilongjiang Province. 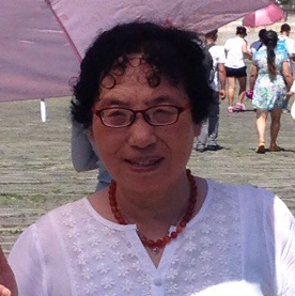 Liu Jie is a human rights defender from Heilongjiang province. She has been calling on the Chinese government to introduce legal and political reforms for two decades and has assisted marginalised groups in their efforts to seek justice when their rights have been abused. She has organised and educated groups of people petitioning the government for redress and has lobbied on behalf of migrant workers. She has also initiated petitions and sent them to the central government in advance of annual meetings calling for greater political liberalisation and legal reform. She campaigned extensively for the abolition of the re-education through labour system, which allowed for people to be sent to such camps for three years without a trial, and has been detained and ill treated numerous times as a result of her advocacy.

On 18 March 2016, human rights defender Ms Liu Jie was given a ten day administrative sentence by authorities in Bei'an in Heilongjiang province. The human rights defender is reported to be seriously ill and in urgent need of specialist medical attention. She and her husband, Mr Fu Jingjiang, had been in detention since 27 February 2016.

On 18 March 2016, Liu Jie's family received documentation stating that she had been given a ten day administrative sentence, due to run from 18-28 March 2016. Her husband, Fu Jingjiang, was released from detention on the same date. On 27 February 2016, the human rights defender and her husband were seized by officials from the Xunke Farm Public Security Bureau and the Bei'an Land Reclamation Bureau at a hotel in front of Harbin train station as they prepared to travel to Beijing for Liu Jie to seek treatment at the Peking University Cancer Hospital.

The couple were taken to Bei'an City People's Hospital where they were detained, under guard 24-hours a day. They were cut off from access to the outside world until 10 March 2016, when Fu Jingjiang was able to borrow a stranger's phone and inform family members where they were being held and of Liu Jie's condition. Authorities have reportedly refused Liu Jie permission to be transferred to hospital in Beijing for specialist treatment, despite the fact that she is reportedly coughing up blood. Liu Jie was diagnosed with cancer in 2015 while serving an 18-month prison sentence for 'libel'. On that occasion she was denied medical parole and following her release in February 2015 sought treatment at the Peking University Cancer Hospital a number of times.

In November 2007, she was sent to a re-education through labour camp for 18 months during which time her health worsened considerably as a result of beatings and and alleged torture. An eye condition, a result of police beatings, went untreated while in custody and left her partially blind on her release. Since then, she has been frequently detained and subjected to harassment, surveillance and physical assault. Front Line Defenders expresses concern for the continued detention of Liu Jie, in particular given her poor health condition and need for immediate specialist medical attention and treatment, and believes her detention to be motivated directly by her legitimate and peaceful human rights work.

1. Immediately and unconditionally release Liu Jie, as Front Line Defenders believes that she is being held solely as a result of her legitimate and peaceful work in the defence of human rights;

2. Take immediate measures to guarantee Liu Jie access to medical attention and treatment appropriate to the health issues from which she suffers;

On 15 August 2008, Liu Jie was physically assaulted by a guard whom she had confronted about the ill-treatment of a fellow detainee in Harbin Drug Rehabilitation Centre. As Liu Jie had pushed the guard in self-defence while he was beating her, she was accused of attacking a member of staff. Liu Jie was then made to sit on an apparatus known as a 'Tiger Bench', which forced her to sit upright on a long bench with her hands tied behind her back, her thighs tied to the bench, and her feet raised off the floor by bricks under her feet, thus exerting extreme pressure on her knees and causing great pain. Liu Jie was previously forced to sit on a Tiger Bench for seven consecutive days.

Liu Jie was originally sentenced to 18 months in the RTL camp on 12 November 2007, for “instigating trouble” and “disturbing social order” for her role in organising a public letter signed by 12,150 petitioners in favour of political and legal reforms in China. Since her arrest on 11 October 2007, Liu Jie's health, particularly her eyesight, has deteriorated significantly, reportedly as a result of beatings sustained while in detention, which have exacerbated her poor vision. Following a medical examination on 20 December 2007, doctors stated that Liu Jie would go blind if she did not receive adequate medical treatment. This treatment is reportedly only available in Beijing, but the requests made by Liu Jie and her family to receive it have reportedly not been responded to. In addition to her rapidly deteriorating eyesight, Liu Jie also suffers from Cholecystitis and a heart condition.

Front Line believes that Liu Jie has been targeted as a result of her legitimate work in the defence of human rights, in particular her work to defend the rights of rural communities in China. In light of these reports of renewed torture and her deteriorating health, Front Line is particularly concerned for the physical and psychological integrity of Liu Jie.

Front Line is deeply concerned following reports that human rights defender Liu Jie has been tortured during her re-education through labour (RTL). Liu Jie is a defender of human rights in rural communities who has campaigned for political and legal reforms in China.

On 22 May 2008, Liu Jie was transferred from Qiqihar RTL camp to Harbin Drug Rehabilitation Centre where she has reportedly been tortured. The form of torture performed on Liu Jie is known as the “Tiger Bench”. She has been forced to sit upright on a long bench with her hands tied behind her back, her thighs tied to the bench, and her feet raised off the floor by bricks under her feet. This exerts extreme strain on her knees and causes great pain. Liu Jie was allegedly subjected to this form of torture for 5 consecutive days.

Liu Jie was transferred to the rehabilitation centre after protesting about the conditions under which she and other detainees were kept in Qiqihar RTL camp. There they are said to have worked for fourteen hours per day to make crafts with poisonous chemical dye which stained their hands. Torture in the rehabilitation centre was allegedly carried out to instill discipline in new detainees. On 12 November 2007, Liu Jie was originally sent to the RTL camp for “instigating trouble” and “disturbing social order” after having organised a public letter signed by 12,150 petitioners in favour of political and legal reforms in China.

Front Line believes that Liu Jie has been targeted as a result of her legitimate work in the defence of human rights, in particular her work to defend the rights of rural communities in China. Front Line is concerned for the physical and psychological integrity of Liu Jie.