About Hishamuddin Rais
Status:
Travel Ban
About the situation 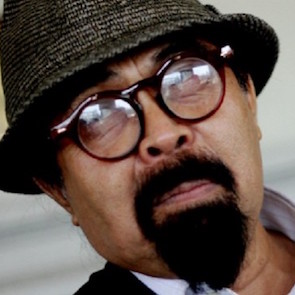 Hishamuddin Rais is a Malaysian film director and human rights defender. In 2013 Hishamuddin Rais was charged with sedition after participating in a protest against the widely contested election results. He was found guilty by the Sessions Court and fined RM5,000 ($1,314USD).

Though Malaysia has long had a vibrant civil society,the political space has largely remained controlled by the same ruling elite since independence in 1957. The 2013 elections were a critical turning point, as Malaysians took to the streets to protest the entrenched political elites as well as the Internal Security Act (ISA), which was established in 1960 to quash dissent and monitor society.

New measures were soon introduced, which are now being used more forthrightly and which essentially seek to reproduce the impact of the ISA. One measure has been the introduction of the Prevention of Terrorism Act (POTA) which is similar to anti-terrorism legislation around the world, granting the state extraordinary powers of investigation and surveillance. The second was reviving the Sedition Act, first introduced in 1959 but seldom used until recently. Like many increasingly repressive governments, the Malaysian rulers are using these pieces of "security" legislation to target human rights defenders.

On 23 July 2015, Datuk Ambiga Sreenevasan, Maria Chin Abdullah, Hishamuddin Rais and Adam Adli Abdul Halim were informed that, if they wished to travel, they would need to inform the nearest Department of Immigration Office. Ambiga was informed by the Immigration Department that she received a travel ban which covers travel to the east of Malaysia. She had travelled overseas the previous month and she has yet to be informed as to why she currently faces a travel ban.

Previously, Maria Chin Abdullah had been prevented from entering Sabah, while Ambiga found her name on the immigration blacklist of both Sabah and Sarawak when she tried to visit the states in November in 2014 and in 2011, respectively.