About Hassan Mustafa
Status:
At work
About the situation 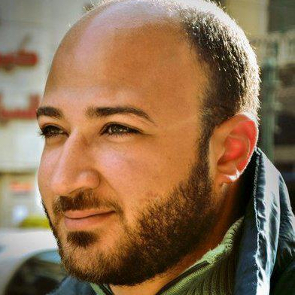 Hassan Mustafa was among the first human rights defenders in Alexandria to work on the cases of demonstrators arrested in front of the Mansheya Court on 6 April 2008. He was involved in a campaign to document all of the detainees and provide them with advocacy and support In 2010, Hassan Mustafa joined the political and economic rights movement “Hashd”, which called for a demonstration in May 2010 for the right to a minimum wage. He was also one of the organisers of a demonstration against police brutality in 2010 known as the “Khaled Said” case.

Hassan Mustafa was arrested on 21 January 2013 while attempting to file a complaint with Alexandria's Prosecutor General regarding the absence of lawyers for dozens of protesters arrested the previous day, 20 January 2013.

In March 2013, he was sentenced to two years hard labour, on charges of assaulting prosecutor Ahmed Darwish as well as helping detainees escape. Front Line Defenders issued an urgent appeal in response to his conviction on 14 March 2013.

On 15 June, Hassan Mustafa's sentence was reduced to one year of hard labour on appeal, a development on which Front Line Defenders issued an update. On 7 July, the prosecutor withdrew his complaint and an Alexandria district attorney ordered Hassan Mustafa's release. Nonetheless, the human rights defender remained in custody under preventive detention on the second charge of helping detainees escape.

Front Line Defenders welcomes the news of Hassan Mustafa's release from custody, which follows earlier positive developments such as the reduction in his sentence. However, Front Line Defenders again urges the Egyptian authorities to clear all charges against him in his upcoming trial, as it believes he has been targeted solely for his legitimate and peaceful human rights activities.

On 15 June 2013, an appeal court in Alexandria upheld the conviction of human rights defender Mr Hassan Mustafa but reduced the sentence from two years to one year. Hassan Mustafa was arrested on 21 January 2013, on charges of assaulting a staff member of the Alexandria Prosecutor's Office, charges which he strongly denies.

On the day he was arrested, the human rights defender had been attempting to file a complaint with Alexandria's prosecutor general regarding the absence of lawyers for dozens of protesters arrested the previous day, 20 January 2013. On 12 March 2013, Hassan Mustafa was sentenced to two years' imprisonment. According to his lawyer, the court heard evidence from only two of fifteen witnesses called by the defence.

Whilst Front Line Defenders welcomes the reduction in Hassan Mustafa's original sentence, it remains deeply concerned at his arrest, conviction and continued detention.

Hassan Mustafa was arrested on 21 January 2013, as he and a group of lawyers and other human rights defenders were enquiring in Mansheya Prosecutor's Office about the whereabouts of demonstrators who had been arrested two days previously, on 19 January 2013.

According to Hassan Mustafa's lawyer, the Court heard evidence from only two of the fifteen defence testimonies who had witnessed the arrest of the human rights defender and denied that he assaulted the staff member of Prosecutor's Office. The Court issued the sentence in less than two months, after reportedly reviewing a forensic report stating that the complainant suffered redness on his cheek.