Status:
Break-In and Death Threats
About the situation 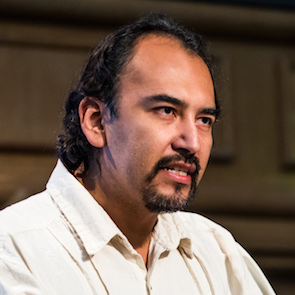 Carlos Flores Solís is a human rights defender who as part of the FPDATMPT works as a lawyer with more that a dozen Nahua communities  affected by the Morelos Integral Project (PIM) and the large-scale developments proposed in the Morelos, Puebla and Tlaxcala region.

Carlos Flores Solís is a human rights defender who as part of the FPDATMPT works as a lawyer with more that a dozen Nahua communities  affected by the Morelos Integral Project (PIM) and the large-scale developments proposed in the Morelos, Puebla and Tlaxcala region. Miryam Vargas Teutle is a Nahua indigenous communicator and women human rights defender from the Choluteca region who as a member of the FPDATMPT works in defence of their territory against the energy megaproject Proyecto Integral Morelos. Members of FPDATMPT have faced various human rights violations including judicial harassment, imprisonment, torture, death threats and killings. In 2019 human rights defender Samir Flores Soberanes was murdered as a result of his work peacefully defending the territory of his community.

On 5 April 2022, woman human rights defender Miryam Vargas Teutle discovered that her house had been broken into while both human rights defenders were not at home, as the gate and padlock on the door were broken and there were signs that a tree in the garden had been cut down. During the break-in unknown persons left a knife on the bed where both the woman human rights defender and Carlos Flores Solís sleep, and stole some documents and removed family photos. They also stole a TV screen, a microwave and a printer, however, they left other valuables in plain sight on the premises.

The raid and the death threat against the human rights defenders takes place at a time in which the President of the Republic has recently met with the leader of the Cuautla River Irrigation Association (ASURCO), to seek to finalize the imposition of the PIM and end the legal and social opposition to the project in the region.

This latest incident is in addition to other concerning acts that have been reported by the FPDTA to Front Line Defenders, such as the intimidation of human rights defenders by the Puebla State Police during a peaceful demonstration in Santa María Zacatepec on 10 June 2021.  On 21 November 2021, a group of armed men reportedly associated with the Municipal President physically assaulted members of the community and human rights defenders in the assembly of the community of Santa María Zacatepec. On 15 February 2022, the National Guard also evicted peaceful demonstrators and human rights defenders at the facilities of the Bonafont company in the municipality of Juan C. Bonilla, Puebla.

There are concerns these acts of intimidation could spread to other communities of human rights defenders in the region, particularly in the context of the development of the campaign "Caravan for Water and Life", which aims to denounce the plundering and looting of natural resources suffered by communities in the states of Puebla, Tlaxcala, Veracruz, Mexico City, State of Mexico, Morelos, Oaxaca, Guerrero and Querétaro. The plundering of water has been specifically denounced by members of the community of the municipality of Juan C. Bonilla, in the state of Puebla, where there is growing social resistance against the plundering of wells and aquifers by the Bonafont bottling company.

Front Line Defenders expresses its concern for the safety of human rights defenders Carlos Flores Solís and Miryam Vargas Teutle, and for the other members of FPDATMPT and those who peacefully defend the territory of the community. It believes believes that the intimidation of environmental rights defenders is intended to hinder their valuable work in defence of environmental and land rights in Mexico, and represents a pattern of violence against communities who peacefully oppose the exploitation of their territories.