About Centre for Action and Defense of Human Rights
Status:
Detained
About the situation

On 23 April 2020, human rights defender Gabriel Aranguren was arbitrarily detained by the local police in the city of Tinaquillo in the state of Cojedes while on his way home. He remained in police custody for over four hours, with no clear charge or accusation made against him.

About the Center for Action and Defense for Human Rights (CADEF) 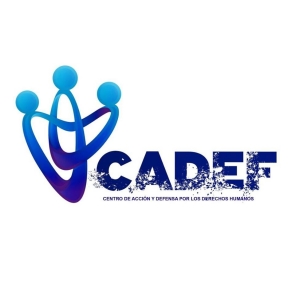 The Center for Action and Defense of Human Rights (CADEF) is an organisation dedicated to the promotion and defense of human rights in Cojedes, in the northwest of Venezuela. It seeks to educate, train and provide the necessary tools for the empowerment of new generations of human rights defenders. CADEF monitors, and documents human rights violations in the context of the ongoing national crisis in Venezuela. It organises workshops, campaigns and advocacy activities, that help social and legal challenges to the government in this environment.

On 23 April 2020, human rights defender Gabriel Aranguren was arbitrarily detained by the local police in the city of Tinaquillo in the state of Cojedes while on his way home. He remained in police custody for over four hours, with no clear charge or accusation made against him.

Gabriel Aranguren is the Executive Director of the Center for Action and Defense for Human Rights (CADEF), an organisation dedicated to the promotion and defence of human rights in the State of Cojedes in northwest Venezuela.

On 23 April 2020, Gabriel Aranguren went to work in CADEF's headquarters with a colleague to plan for deliveries of personal protective equipment for COVID-19 to vulnerable communities in the area.  He then visited the home of a CADEF volunteer who makes some of the protective face masks that the organisation distributes in Tinaquillo, after which he made his way home. When he was approximately 100 meters from his home at 4.30pm, he was detained by officers from the Tinaquillo municipal police who searched him and found he had approximately 80 face masks with him. The police interrogated him as to why he had so many masks, to which he stressed that he had his own mask around his neck and the others were to be distributed. The officers then detained him, forcibly grabbing him by the wrists and putting him in the police car./The human rights defender protested that the officials were engaging in an arbitrary arrest and that it was a violation of his human rights.

At around 5.30pm Gabriel Aranguren was transferred to the municipal police station. There, he was told he would remain at the police station as long as the police officers wished, and when asked if he was a human rights defender he was told told that ‘’these things’’ happen to him for being a ‘’conspirator against the revolution”. After approximately four and a half hours in detention, with no contact with his lawyer or family, he was released. He was not informed if any charges were being brought against him.

These are only the most recent incidents in a series of acts of intimidation and harassment by the Venezuelan authorities against members of the human rights organisation. In April 2019, officers from the State Police carried out an illegal and arbitrary search of the house of one of CADEF’s members. In November 2019, five members of CADEF were followed, stopped and harassed by the security forces in several locations in the cities of Cojedes and Tinaquillo after they had participated in a peaceful protest. In January and February 2020, trucks from the National Intelligence Service (SEBIN) blocked off the street outside the residence of one of CADEF’s members and loitered outside the defender’s house for a few hours with their trucks’ emergency lights flashing the entire time.

Front Line Defenders reiterates its deep concern that Venezuelan public officials are using their authority to intimidate human rights defenders. It continues to be alarmed by the repeated complaints it receives of public officials assaulting and intimidating those who defend human rights and exercise their right to freedom of expression and association in Venezuela. Front Line Defenders calls on the authorities to cease all harassment of human rights defenders and guarantee that they are able to carry out their legitimate human rights activities without fear of reprisals and free of all restrictions.