"I want my husband back, and I want him alive"

Sebastiana has a sad look on her eyes.

For more than five months, she has been demanding the Mexican authorities find her husband Fidencio Gómez Sántiz. She wants him back, and alive. So far, her demands have been met with silence.

Sebastiana Pérez Hernández is a 45-year-old woman and is the mother of two children. She speaks the indigenous language tzeltal and lives in the village of Las Perlas, in the municipality of Ocosingo, Chiapas. She is a member of the grassroots organisation Frente Nacional de Lucha por el Socialismo (FNLS).

Her husband, Fidencio Gómez Sántiz, is also a member of FNLS. He was disappeared on 5 March 2016, in Ocosingo. He was coming back from Mexico City, where he had stayed for two months to speak out against the repression, harassment, killings and arbitrary detentions committed against FNLS members.

This is Sebastiana's testimony about her husband's disappearance:

"We started asking our colleagues who were with Fidencio about him and whether they had seen him. They told us that they had stayed in the community, and that he had left alone. When I found out he was disappeared, I started worrying and wondering: what I will do? Where I will go? My father already died, my mum is alive but she lives far away. At the beginning, I didn't want to leave my house and go outside, I just wanted to wait for him. My kids were asking to stay there, to wait, just in case he would come back, we had to wait there.

The other FNLS members told me my husband was disappeared by the Mexican authorities, so I had to leave my house and start demanding an investigation to find him. We have organised protests and activities to ask them to give me my husband back, and alive.

For one month, I travelled to Mexico City to speak out about my husband's case in schools, universities, at the UN and the National Human Rights Commission. At the beginning it was difficult, because it was the first time I was in such a big city. I don't speak Spanish, I cannot read or write, but my colleague were always with me, they were supporting me and they never left me alone.

My kids are young, but I have to send them to take firewood, when they are back I feed them. My youngest child sometimes does not want to eat. I ask him: "Why? Don't wait for your dad, he is not coming right now."

In the maize field is where I miss him the most. I was used to go there with him, and now it's not the same anymore. He knew how to work in the field, how to fumigate it, how to treat the plants, now there isn't anyone to do that. But my colleagues are helping, so we keep going.

I want the authorities to find him, to tell me whether they have seen him, this is what I want. I only want to know where is he, what happened to him, whether he is in jail, this is what my children are saying. I ask them: how do you know? We don't know where he is. But they tell me that if he was dead, then we would have his body.

Fidencio was a good man. He was always happy, we used to work together, to have a walk together, to sell food together. I am a seller, we don't have a shop but we were selling food in the street...we live far away from the road and we had to walk 30 minutes to reach the first road. Now when i go out nobody is home to take care of the maize field. This is what worries me. It's difficult, but I have to stay strong because I have to feed my kids. I cannot cry any more.

I never had an argument with my husband; we had a quiet life, but since he disappeared my life is not the same any more.

* This interview was conducted in tzeltal language, with the help of FNLS and Comité Cerezo México 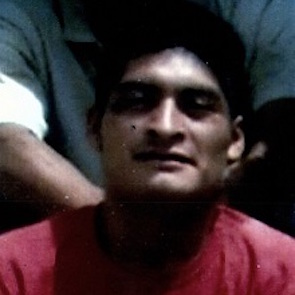