About Soni SoriPlease send this letter and stand with Soni Sori.Case History 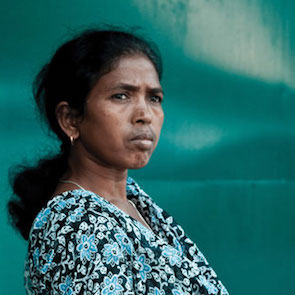 On 20 February 2016, human rights defender Ms Soni Sori was attacked by three unidentified men as she travelled from Jagdalpur to her home in Geedam in the state of Chhattisgarh.

The perpetrators halted the vehicle in which the human rights defender was travelling and threw a black substance on her face, resulting in intense burning and her hospitalization.

Soni Sori is a human rights defender who advocates for the rights of indigenous peoples in Chhattisgarh, where the long-term conflict between Maoists and government security forces has greatly affected the indigenous people in the area. Together with her cousin, journalist Mr Lingaram Kodopi, she has uncovered human rights violations committed by both sides of the conflict.

The attack on the human rights defender occurred at approximately 10:40pm as she was travelling with a colleague from Jagdalpur to her home in Geedam, Chhattisgarh, in central India. The pair were halted by three unidentified men on a motorcycle who threw the as yet undetermined substance at Soni Sori, causing an intense burning sensation and temporarily blinding the human rights defender. She was taken to a hospital in Jagdalpur, before being transferred to a hospital in Raipur, the state capital, where her condition stabilised. She is now at Delhi hospital and, suffering continuous pain, risks losing her eyesight. Earlier on the same date, the human rights defender had been warned of a potential attack on her, however, attempts by local activists to bring the matter to local police officials met with no response.

During the attack, the perpetrators threatened to carry out a similar assault on the daughter of Soni Sori, lest the human rights defender halt the efforts she had undertaken to bring justice against a high-ranking police official from the Bastar district of Chhattisgarh. Soni Sori had recently been attempting to file a complaint against the police official in relation to their involvement in an alleged extra-judicial killing in the Mardum area of Bashar. In July 2015, the police official in question allegedly called for the “social exclusion” of the human rights defender and members of her family.

Soni Sori has previously been targeted by the authorities on several occasions. In 2011 she was imprisoned on trumped-up charges relating to eight cases where she was accused of being involved in attacks against the police. In prison, she repeatedly suffered torture and sexual harassment by prison staff. By April 2013, she had been acquitted of six of the eight cases filed against her. She was released in 2014 and has since been repeatedly subjected to harassment and intimidation by the police.

I express extreme concern for the attack on Soni Sori and the threat made against her daughter, as well as for the physical and psychological integrity of all human rights defenders working the the Bashar region of Chhattisgarh.

I urge the authorities in India to:
1. Take all necessary measures to guarantee the physical and psychological integrity and security of Soni Sori, her family, and all human rights defenders in the Bashar region of Chhattisgarh;
2. Carry out an immediate, thorough and impartial investigation into the attack on Soni Sori, with a view to publishing the results and bringing those responsible to justice in accordance with international standards;
3. Guarantee in all circumstances that all human rights defenders in India are able to carry out their legitimate human rights activities without fear of reprisals and free of all restrictions.