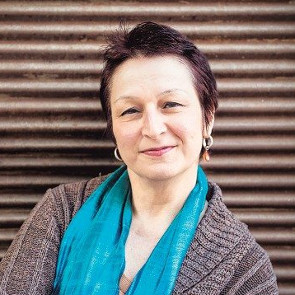 On 20 December 2016, simultaneous police operations were launched in the provinces of Izmir, İstanbul, Manisa and Adana as part of an investigation initiated by Izmir Chief Public Prosecutor’s Office, Terror and Organized Crime Bureau Prosecutor into the “Fethullahist Terror Organization/Parallel State Structure”. During the operations, 14 out of the 33 staff members of Gediz University, who the prosecutor issued arrest warrants for, were detained. As part of this operation, Iştar Gözaydın was detained at her home in Istanbul at 6 am. After her arrest, she was sent to Izmir. According to Iştar Gözaydın’s lawyer, who was able to gain access to her in detention, she has not been officially charged and her detention is linked to the investigation file on Gediz University which was opened in 2015 and now under a confidentiality order, which affects the lawyer’s access to information on the case. On December 26, she was referred to the court with charges of membership to an armed terror organisation and arrested.

Prior to this, on 21 July 2016, İştar Gözaydın was suspended from her work as a Head of Department of Sociology at Gediz University because of her Twitter posts against capital punishment and violence in Turkey. On 22 July 2016, Gediz University in Izmir was closed down by a Statutory Decree for its alleged links with the Fethullahist Terror Organization/Parallel State Structure”.  This followed the attempted coup in Turkey that authorities have blamed on a group that allegedly follows the US based cleric Fethullah Gulen.

I condemn the arrest and detention of İştar Gözaydın, as I believe they are motivated by her peaceful and legitimate defence of human rights in Turkey.

1. Immediately and unconditionally release human rights defender İştar Gözaydın and drop all charges against her;

2. Ensure that the treatment of İştar Gözaydın, while under arrest, adheres to the conditions set out in the ‘Body of Principles for the Protection of All Persons under Any Form of Detention or Imprisonment', adopted by UN General Assembly resolution 43/173 of 9 December 1988;

3. Guarantee in all circumstances that all human rights defenders in Turkey are able to carry out their legitimate human rights activities without fear of reprisals and free of all restrictions, including judicial harassment.