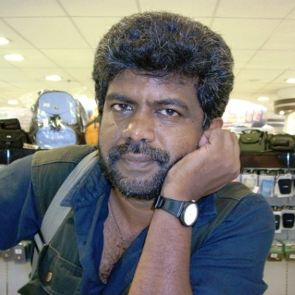 On 4 June 2016, police officers from Negombo Police Station arrested two men in connection with the attack on human rights journalist Mr Freddy Gamage which occurred on 2 June 2016, in Gampaha district.

Freddy Gamage is Editor of the regional news publication Meepuraa and Chairman of the Professional Web Journalists Association, which inter alia, is actively involved in the promotion of human rights in Sri Lanka. He is convenor of the Action Committee for Media Freedom, a platform of journalist organisations from the northern, eastern and southern parts of the country. In the recent past, he has been actively investigating corruption in the Negombo Municipal Council. In particular, he has been working on a corruption case which involved Mr Dayan Lanza, the Deputy Mayor of Negombo, and his relatives.

Both men claim that they did not aim to cause physical harm to the human rights defender but wanted to threaten him. The motive of their attack was supposedly an article which Freddy Gamage published 10 months ago about the attackers, which the human rights journalist insists does not exist. Both persons will remain in custody by order of the Negombo Magistrate Court until 14 June 2016.

On 2 June 2016, Freddy Gamage attended a monthly meeting of the Negombo Municipal Council. Following the meeting and on the way to his car, the human rights journalist was attacked by two persons who had arrived on motorbikes without number plates and were wearing full face helmets. One of the attackers held a wooden pole and hit Freddy Gamage on the head, causing serious injury. The human rights journalist managed to escape his attackers by hiding in the Municipal Council building.

After the men had left, Freddy Gamage immediately went to Negombo Police Station to file a complaint and subsequently to the Negombo Hospital to receive necessary medical attention. Two weeks earlier, Freddy Gamage received a threat from Dayan Lanza, who promised to punish the human rights journalist if he continued writing negatively about him and his family. Freddy Gamage had previously accused the Lanza family of being involved in corruption and having connections with drug criminals from Negombo. The human rights journalist believes that the family is behind the attack on him, which in his opinion could not have been carried out in the middle of the day in a public place without a certain form of support from ‘authority’ figures.

Moreover, one of the suspects is allegedly a worker of the Negombo Municipal Council and has a close relationship with the Lanza family. The motorbikes used by the attackers are allegedly the property of the Municipal Council. Several high ranking State officials have already made statements regarding the attack on Freddy Gamage. The Director General of the Government Information Department, Ms Darshani Gunathilaka, promised that the media suppression which occurred during the previous regime would not happen under the current government. Prime Minister Mr Ranil Wickremesinghe assured the human rights journalist that he had informed the Inspector General of Police to carry out an immediate investigation into the attack and bring the perpetrators to justice. The police have also been instructed to ensure the security of Freddy Gamage.

I urge the authorities in Sri Lanka to:

1. Ensure an immediate, thorough and impartial investigation into the attack on Freddy Gamage, with a view to publishing the results and bringing those responsible to justice in accordance with international standards;

2. Take all necessary measures to guarantee the physical and psychological integrity and security of the human rights journalist;

3. Guarantee in all circumstances that all human rights defenders in Sri Lanka are able to carry out their legitimate human rights activities without fear of reprisals and free of all restrictions.