About Esmail AbdiPlease send this letter and stand with Esmail Abdi.Case History 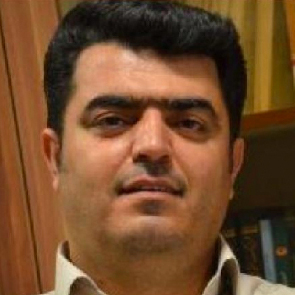 Esmail Abdi is a mathematics teacher at a high school in Islam Shahr, as well as the Secretary General of Iran’s Teachers’ Trade Association (ITTA). As part of his trade union activities campaigning for labour rights, Esmail Abdi has organized peaceful demonstrations and given interviews with domestic and foreign media regarding teachers’ labour rights.

On 7 October, Branch 36 of the Tehran Appeals Court decided to uphold the six-year prison sentence against Esmail Abdi, issued by Branch 15 of the Revolutionary Court of Tehran in February 2016  for “propaganda against the state” and “collusion against national security”.  On June 27, 2015 the trade unionist was arrested by the Revolutionary Guards’ Intelligence Organization, one week after being barred from leaving Iran to attend an international teachers’ conference in Canada. Esmail Abdi was denied the right to a fair and impartial trial, with his lawyer not being given access to the labour rights defender’s file or the evidence brought against him in the case.

This is not the first time that Esmail Abdi has faced judicial harassment for his human rights work. In 2011, the labour rights defender was convicted by the Tehran Revolutionary Court for “propaganda against the state” and “revealing information about security matters” and given a 10 year suspended prison sentence subject to five years of probation. With this most recent conviction occurring within this probation period, there is a risk that the suspended 10 year sentence could be implemented on top of the six year sentence. Prior to the suspended sentence, Esmail Abdi was also detained four times by security forces between 2006 and 2009 for his peaceful activism.