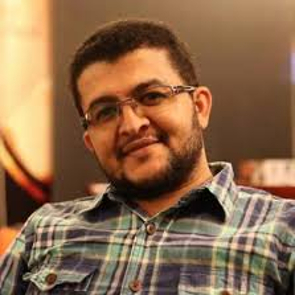 His Excellency Mr. Ali Mohamed Saeed Majawar
Ambassador Permanent Mission of the Republic of Yemen to the UN Office in Geneva

On 4 March 2016, human rights defender Mr Abdulrasheed al-Faqih was held and interrogated by Houthi militia in Sana'a International Airport. The incident occurred upon the human rights defender's return from Jordan, where he had been participating in an international conference held in solidarity with Yemeni journalists. He was subsequently released after having his passport confiscated.

Abdulrasheed al-Faqih is a human rights defender and executive director of the Mwatana Organisation for Human Rights, an independent Sana'a based organisation monitoring and documenting human rights violations in Yemen.

The human rights defender was interrogated for twenty minutes by members of the Houthi militia, and his belongings were inspected. He was questioned as to the purpose of his trip to Jordan, his relationship with international NGOs, his activities in Yemen, and a previous trip that he had made to Turkey. He was returning from Amman, Jordan, where he participated in an international conference of journalists organised by the Yemen Journalists' Syndicate, the International Federation of Journalists, and the Arab Federation of Journalists, to discuss the challenges faced by journalists in Yemen, and to develop strategies to protect and strengthen them and their work.

Abdulrasheed al-Faqih has previously faced harassment as a result of his human rights work. On 19 September 2015, he was arrested and detained for ten hours along with human rights defender and head of Mwatana Organisation Radhya Almutawakel and other colleagues, after being beaten by Houthi women following a peaceful demonstration calling for the release of political detainees and justice for victims of enforced disappearance.

On 9 August 2015, the human rights defender was arrested by Houthi authorities and detained in Al-Judairee police station, where he was interrogated for five hours and beaten by five militia members before being released. His presence at the police station was subsequently denied by militia members.

The Mwatana Organisation for Human Rights has regularly been targeted by the Houthi group as a result of its human rights work, including through a campaign launched against it on social media, amid the ongoing crackdown on human rights NGOs in Yemen.

I am concerned about the repeated harassment of Abdulrasheed al-Faqih and fear that this most recent incident may be followed by further persecution of the human rights defender, as well as restrictions on the work of the Mwatana Organisation for Human Rights, in direct response to their legitimate and peaceful human rights work.

I urge the de-facto authorities in Sana'a to:

1. Immediately return the passport of Abdulrasheed al-Faqih to him, and refrain from any future harassment of the human rights defender, as I believe that he is being targeted solely as a result of his legitimate and peaceful work in the defence of human rights;

2. Guarantee in all circumstances that all human rights defenders in Yemen are able to carry out their legitimate human rights activities without fear of reprisals and free of all restrictions.