About To OanhPlease send this letter and stand with To Oanh.Case History 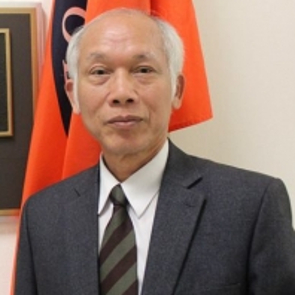 On 13 July 2016 human rights defender Mr To Oanh and his wife were attacked by unidentified men as they rode their motorbike in Hanoi.

To Oanh is a writer, blogger and journalist who has highlighted government censorship of the media and campaigned for democracy and greater protection of human rights in Vietnam. He has also peacefully campaigned against China's activities in the South China Sea which he believes is an encroachment on Vietnamese sovereignty.

On 13 July as To Oanh and his wife were travelling by motorbike in Soc Son district, Hanoi, they were followed by two unidentified men on motorbike who attacked the couple in a remote area. During the attack both To Oanh and his wife were pushed off their motorbike and the human rights defender was knocked unconscious as he hit the road. He also sustained injuries to his head and face. His wife reportedly sustained less serious injuries. A medical check-up after the assault revealed that To Oanh had suffered a broken bone in his face as well as bleeding to his head. The two assailants fled the scene on motorbike.

To Oanh has experienced frequent harassment, intimidation and interrogation as a result of his activism. In April 2015 he was subjected to a similar assault when he was knocked off his motorbike by an unidentified assailant in Hung Yen province, suffering injuries to his legs and arms.  In April 2014 when he was returning from the United States after speaking at a congressional hearing on freedom of the press, he was stopped at the Vietnamese border and interrogated for a number of hours before having his laptop and camera confiscated.

This assault of To Oanh and his wife is the latest in a series of attacks carried out on Vietnamese human rights defenders in the past number of weeks. I am extremely concerned by these attacks and I believe they are motivated solely by the victims' work in defence of human rights.

1. Carry out an immediate, thorough and impartial investigation into the assault against To Oanh and his wife, with a view to publishing the results and bringing those responsible to justice in accordance with international standards;

2. Take all necessary measures to guarantee the physical and psychological integrity and security of To Oanh;