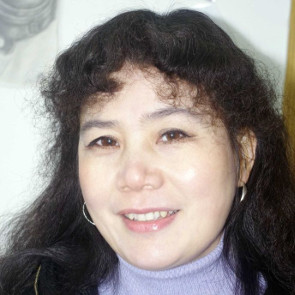 On 19 June 2014 human rights defenders Ms Liu Ping and Mr Wei Zhongping were sentenced to six and a half years in prison by a court in Xinyu City in Jiangxi Province. Mr Li Sihua was sentenced to three years' imprisonment by the same court. All three human rights defenders were found guilty of “picking quarrels and provoking trouble.” Liu Ping and Wei Zhongping were also found guilty of “gathering a crowd to disrupt public order” and “using an evil cult to undermine law enforcement.”

All three human rights defenders were involved in the New Citizens' Movement, which has campaigned for increased transparency among Chinese Communist Party officials and greater equality within the education system, as well as for Constitutional government. The founder of the movement, human rights defender Mr Xu Zhiyong, received a four year sentence on 26 January 2014 from a court in Beijing. The three human rights defenders have attempted to run as independent local candidates for the National People's Congress and have been involved in grassroots rights defence in Jiangxi province for a number of years. In addition to demanding accountability of public officials, they have sought to highlight election fraud, helped farmers defend their rights, instructed people how to write petitions and letters of complaint, and documented various cases of human rights abuses.

Wei Zhongping and Li Sihua have been in detention since 27 April 2013, and Liu Ping was detained on 7 May 2013. They were originally detained on charges of “inciting subversion of state power,” accusations which were later dropped.

As a result of their work the three defenders have been subjected to police harassment, beatings, travel bans and detention. Given their previous experience at the hands of police, Front Line Defenders is gravely concerned for the physical and psychological integrity of the three defenders.

On 7 May 2013 human rights defender Ms Liu Ping was “criminally detained” for 'inciting subversion of state power' in Xinyu, Jiangxi province. Liu Ping is a former independent election candidate to the National People's Congress who in recent years has been active in various areas of human rights defence. Since late 2012 she has been pushing for Communist Party officials to make public their assets in an effort to battle corruption and promote transparency.

On 7 May 2013, Mr Zhang Xuezhong, a lawyer who filed to represent Liu Ping, was informed of the charges she is facing and a request he made to meet her was denied. It is believed she is being held incommunicado at Xinyu City Detention Centre. Liu Ping was initially brought into custody on 27 April 2013 along with seven other human rights defenders when they were reportedly taken from their homes by unidentified men. It has been confirmed that two have since been released, one of whom, Ms Li Xizhen, reported on her microblog that she was beaten by police during her time in custody. The whereabouts of the other five human rights defenders, including Messrs Wei Zhongping and Li Sihua, remain unknown.

In March 2012 Liu Ping was forcibly returned from Beijing to Jiangxi province by security guards dispatched by her state-owned former employer whilst on a visit to the capital. She was reportedly strip-searched, beaten and detained and monitored in a padded room for more than ten days before being blindfolded and returned home. Later that year Liu Ping joined other lobbyists in demanding that officials disclose their assets, following Chinese President Xi Jinping's call for a crackdown on corruption.

Front Line Defenders condemns the detention of Liu Ping and the charges she is facing, and, given the precedent for ill-treatment as well as the lack of access to her lawyer, believes that the conditions of her detention do not meet the standards set out by international law. Front Line Defenders views the charges as part of a pattern of ongoing harassment against Liu Ping, and is seriously concerned for her physical and psychological integrity.