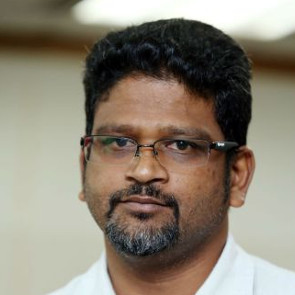 On 16 May 2017, human rights defenders Thomas Fann, Sevan Doraisamy and Rama Ramanathan were summoned by the police for questioning over a statement that recent abductions perpetrated between November 2016 and February 2017 were enforced disappearances, i.e. carried out with the “authorisation, support or acquiescence of the State”. Considering the statement as a serious accusation, the Inspector-general of police Khalid Abu Bakar subsequently ordered his team to summon the three HRDs. They were told that they were being investigated under section 505 of the Penal Code – related to “statements conducting to public mischief” – and that they had to present themselves at the federal police headquarters in Bukit Aman, Kuala Lumpur on 24 May 2017.

Thomas Fann, Sevan Doraisamy and Rama Ramanathan are part of the Citizen Action Group On Enforced Disappearance (CAGED), a coalition of 48 civil society groups which was formed at the beginning of May 2017 to monitor cases of enforced disappearances and assist families of missing victims. Thomas Fann is the chairperson of Engage, a Malaysian organisation working to promote democracy, human rights and citizen participation. He is also a steering committee member of anti-corruption movement Bersih and one of CAGED’s spokespersons. Sevan Doraisamy is the executive director of Suara Rakat Malaysia (SUARAM), a human rights non-governmental organisation working on enforced disappearances, the right to trial and freedom of expression. He is also one of CAGED’s spokespersons. Rama Ramanathan is a steering committee member of Bersih.

On 16 May 2017, CAGED members Thomas Fann, Sevan Doraisamy and Rama Ramanathan were requested to present themselves at the Malaysian Police’s headquarters on 24 May 2017 for questioning as part of an investigation under section 505 of the Penal Code, pertaining to “Statements conducting to public mischief”. They will be asked to explain statements they made qualifying Pastor Raymond Koh, social worker Amri Che Mat and two others who went missing as “enforced disappearances”. The International Convention for the Protection of All Persons from Enforced Disappearance (ICPPED) defines enforced disappearance as “the arrest, detention, abduction or any other form of deprivation of liberty by agents of the State or by persons or groups of persons acting with the authorization, support or acquiescence of the State (...)”.

On 5 May 2017, reacting to the creation of the CAGED coalition and their stance on “enforced disappearances”, Inspector-general of police Khalid Abu Bakar tweeted that the NGO was making “serious and appalling allegations” and that the group should be called in by the police for investigation.

Since its creation on 5 May 2017, CAGED has held vigils and issued statements to call for impartial investigations into what they consider as “enforced disappearances” of Pastor Raymond Koh and social worker Amri Che Mat, who were abducted on 13 February 2017 and 24 November 2016 respectively. They were both religious workers who helped poverty-stricken populations in Malaysia. Civil society groups have been pressuring the Prime Minister’s Office to ensure an impartial investigation into the disappearances, as well as those of Pastor Joshua Hilmy and his wife Ruth on 30 November 2017, but there has been no response from the authorities.

I am concerned by the summoning of human rights defenders Thomas Fann, Sevan Doraisamy and Rama Ramanathan, which has been directly linked to their peaceful and legitimate work in defence of human rights in Malaysia.

I urge the Malaysian authorities to:

2. Engage in a productive collaboration with human rights defenders working on enforced disappeareances and cease all further forms of harassment or intimidation against them;

3. Cease targeting all human rights defenders in Malaysia and guarantee in all circumstances that they are able to carry out their legitimate human rights activities without fear of reprisals and free of all restrictions including intimidation.