My name is Diane Rodríguez, and I am part of an activist's collective called Association Silhouette X. My previous name was Luis Benedicto. I am a transexual woman who struggles for the rights of the LGBT community, with an emphasis on intersex and trans people.

To be LGBT, and especially to be transexual, is not easy in Ecuador. At 16 years of age, during a discussion with my mother, I came out of the closet and confessed to her that I was LGBT. It was a catastrophe for her. Afterwards my step-father threw me out of the house. I spent a couple of months on the streets and staying in friends' houses. I was hungry for the first while, until I discovered sex work and I learned to survive. On one occasion my mother found me and I returned to my house under strict conditions that didn't allow me to be happy like any other transexual adolescent.

After much suffering and various attempts by different religious institutions to “dehomosexualise” me, I graduated and began working. I was fired from every job I had because I had such a feminine appearance. I sued one of the companies and that would become one of the events which convinced me to fight for human rights - not only for me but for the rest of the LGBT community. Even though I had to hide my activism when I returned to my home at the age of 18 and despite the fact that when at 23 years I sued the hotel, I did not win, these were experiences which allowed me to grow as an activist.

I have set various other precedents for the LGBT community in Ecuador including: suing the civil registrar in order to change my name from masculine to feminine; being the first openly LGBT candidate to run in a popular election (2013); leading the first and consequent meetings with the executive power of Ecuador to create a public policy agreement in favour of the LGBT community; suing one of the biggest television channels in Ecuador for making fun of the LGBT community in one of their comedy programmes; creating one of the first psycho-medical centres for LGBT people specialising in transexuality; collecting data on 82 murders from 1990 through 2013; leading a project for de-facto union between homosexual people; launching the first forum for children who are possibly transexual; driving the Ecuadorian Federation of LGBT organisations which brings together more than 60 community-based collectives in the country; and sharing the pregnancy of my boyfriend Fernando Machado publicly, which has generated debate on the diverse make-up of families.

In 2012, I was kidnapped because of the work as a human rights defender. I was traumatised, but within two months I recovered to continue the LGBT struggle. In 2014, four armed individuals came looking for me at our offices with the intention of killing me. In addition I received messages from people describing how they would mutilate me. This did not stop me however. I have continued with the activist struggle for LGBT rights, though I have taken security measures. Even if I do not enjoy those rights, I continue so that other generations can live without discrimination and violence. 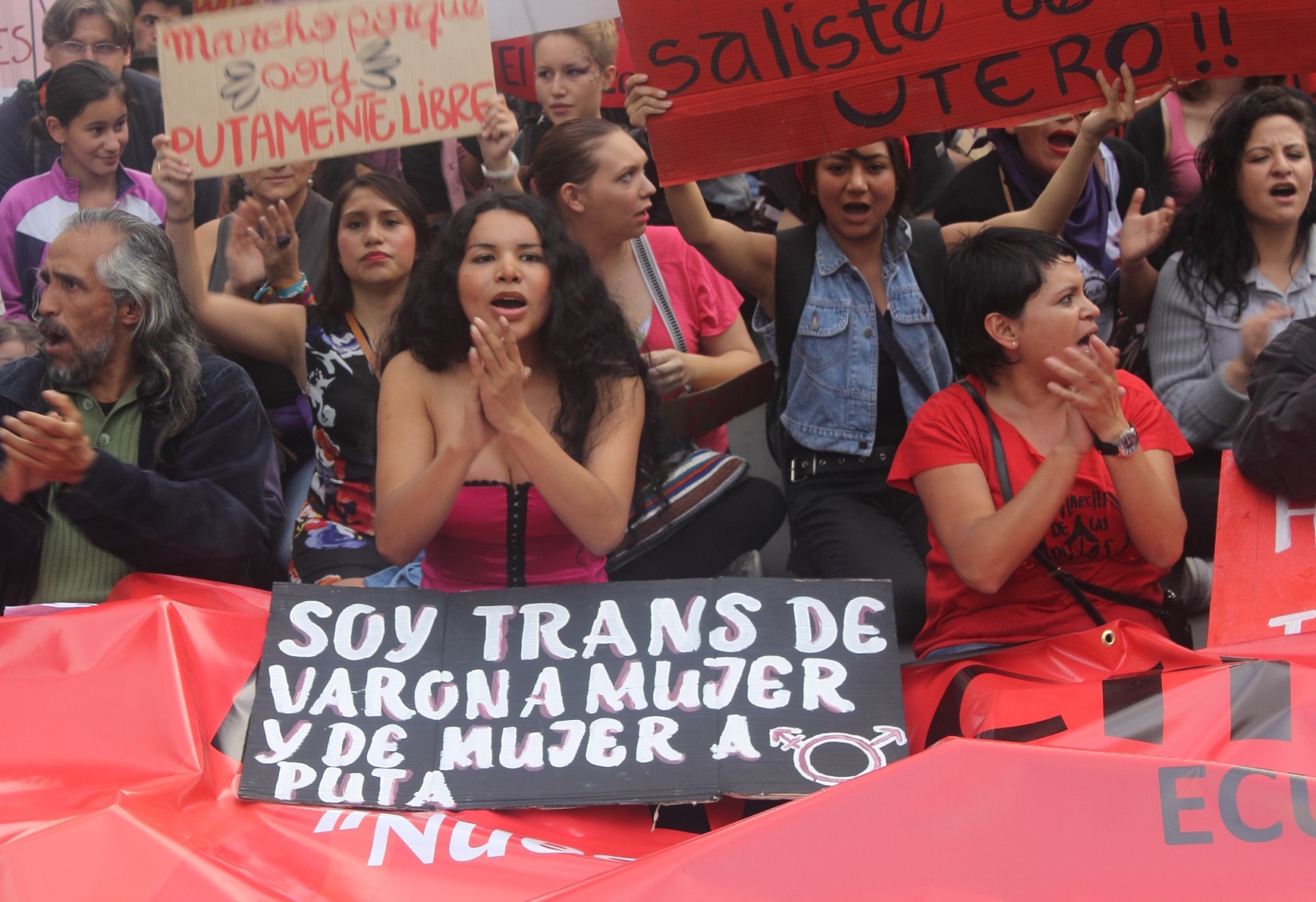 Even if I do not enjoy those rights, I continue so that other generations can live without discrimination and violence.

Violations:
#Other Harassment
Back to top