1. This submission focuses on the situation of human rights defenders (HRDs) in Armenia and covers developments from January 2015 to July 2019.

- Violence and online harassment of the HRDs working on women's and LGBTI rights;

-Judicial harassment and defamation of the environmental rights defenders.

3. In the period under consideration, the state underwent a peaceful “Velvet Revolution” that came as a result of anti-government protests from April to May 2018. During the protests a number of HRDs were arbitrary arrested. On 20 April 2018, Lara Aharonian, who was observing and documenting the protest, and Anna Nikoghosyan, who was among the protesters, were detained for two hours in the city of Yerevan.

4. After the then Prime Minister Serzh Sargsyan resigned and the new PM Nikol Pashinyan was elected on 8 May 2019, the newly formed government declared a more human rights oriented course for Armenia. However, on 29 October 2018, the Ministry of Justice published a draft law on amendments to the Law on Public Organisations which sets additional restrictions on the freedom of association for non-governmental human rights organisations through establishment of burdensome reporting requirements.

5. During the last UPR cycle, Armenia accepted seven recommendations regarding the situation of human rights defenders in the country, most of which focus on the protection of HRDs, including prevention of and effective investigation into threats and abuses, protection against harassment from both state and non-state actors as well as public acknowledgement of the importance of their work1. However, Front Line Defenders observed cases of intimidation, harassment, prosecution, defamation and physical attacks in the given period as well as a failure of the law enforcement authorities to conduct investigation into these cases promptly and effectively.

6. The state also accepted 21 recommendations regarding violence against women including domestic violence, as well as 26 recommendations in relation to the elimination of the gender-based discrimination, gender equality and participation of women. Although Armenia signed the Council of Europe Convention on preventing and combating violence against women and domestic violence (Istanbul Convention) on 18 January 2018, the state does not criminalize domestic violence. Although the new Law on Prevention and Protection of the Victims of Domestic Violence and Restoration of Solidarity in Family, which entered into force in January 2018, is a positive step, it operates on the basis of notions of “strengthening traditional values” and “restoring family harmony” which reinforce gender stereotypes and do not provide sufficient protection from domestic violence. This creates a difficult environment for WHRDs working on violence against women.

7. Armenia also accepted eight recommendations regarding the elimination of discrimination against and protection of LGBTI+ persons, however it failed to adhere to these commitments. During the period under consideration, Front Line Defenders received reports on smear campaigns, harassment, threats and physical attacks against LGBTI+ rights defenders in Armenia as well as on the failure by the police to conduct a proper investigation into the majority of such cases. Although, positively, a draft Law on Ensuring Equality was introduced in February 2018, this law does not explicitly aim to eliminate discrimination based on sexual orientation and gender identity despite state's adherence to the recommendation from Austria requiring to do so2. Moreover, the draft Law contains references to the family as “the natural and basic unit of the society” which potentially leaves sexual and gender identity minorities out of the scope of the law's protection.

(a) Women's and LGBTI rights defenders

8. Armenia is a conservative and religious society with deeply-rooted gender stereotypes. The formation of the new government triggered a significant rise of hate speech, justification of the hate crimes and violence against LGBTI+ and women's rights defenders both from the society and government officials. This is connected to the attempts of the opposition to discredit the current government on the basis of its perceived more tolerant stance on the issues related to gender and sexual orientation.

9. Front Line Defenders received reports of hate speech against LGBTI+ and women’s rights defenders. On 8 March 2018, WHRD Lara Aharonian received a number of online threats, including death threats towards her and her family, following a public speech she gave on LGBTI+ and women’s rights issues in Armenia. As a vocal human rights defender working to promote gender equality and defend the rights of LGBTI+ people, Lara Aharonian has been a target of hate speech since 2013. Government officials supporting LGBTI+ and women’s right defenders faced hate speech as well. After the Minister of Labour and Social Affairs Zaruhi Batoyan condemned the aggressive intervention into the meeting of the Sexual Assault Crisis Center in May 2019, she was targeted by the gender-based hate speech.

10. During the period under consideration, Front Line Defenders also observed cases of physical violence against LGBTI+ and women’s rights defenders. On the night of 28 February 2018, a transgender woman, J., member of the transgender rights organisation “Right Side”, was physically assaulted by an unidentified man in her apartment in Yerevan. After brutally beating the defender, the assailant locked J. in her apartment and set it on fire. J. managed to escape the burning apartment and was taken to hospital. On 3 August 2018, a crowd of about 30 villagers in Syunik region united against a group of nine LGBTI+ activists who came there for gathering and rest, brutally attacked them, beating and throwing stones at them. While the attack had serious consequences for its victims, many people including members of the Parliament supported it.

11. LGBTI+ and women’s rights defenders were also subjected to high-level smear campaigns, which have the effect of encouraging further hatred. On 5 April 2019, a prominent transgender rights defender and a founder of the “Right Side” NGO Lilit Martirosyan had to leave the discussion on “National human rights agenda: UN Universal Periodic Review”, led by the Standing Committee on Human Rights and Public Affairs. After the WHRD gave a speech on the rights of LGBTI+ people, the chair of the Committee, Naira Zohrabyan, stated that LGBT+ rights issues were not part of the agenda and that “nobody violates” the rights of transgender people in Armenia. The video of Lilit Martirosyan’s speech as well as the reaction of Naira Zohrabyan was widely spread on the internet and fuelled hate speech and threats against the WHRD. A group of people gathered next to the National Assembly demanding that the tribune be cleaned with incense as according to them, the presence of a transgender person had desecrated it. Following the incident, Lilit Martirosyan had to temporary leave the country.

12. Security concerns prevented LGBTI+ and women’s rights defenders from fully exercising their right to assemble peacefully. On 4 May 2019, a group of around 25 people aggressively interrupted a gathering organised by the Sexual Assault Crisis Center, an organisation providing support to survivors of domestic violence, in relation to the book “My body is Personal”. Furthermore, in November 2018, the international LGBTI Christian Forum, organised by the human rights organisation New Generation, was cancelled after numerous hostile public comments from politicians including members of the Parliament.

13. Despite numerous incidents of of hate speech and violence against LGBTI+ and women’s rights defenders, law enforcement has failed to address them. The atmosphere of hatred coming from society and high-level officials, along with the absence of homophobia as an aggravating criminal circumstance in the Criminal Code of Armenia significantly contribute to this problem.

14. Judicial harassment against the environmental human rights defenders increased since the last UPR cycle. The suspension of the Amulsar golden mine project in August 2018 due to concerns raised by environmental HRDs led to an increased harassment against them. On 16 November 2018, Lydian Armenia, the gold developing company in Amulsar, filed a civil law suit against Ani Khachatryan, member of the Armenian Environmental Front, accusing her of slander. The complaint for undermining business reputation was filed in reprisal for her posts about the situation in Amulsar. Other human rights defenders also reported similar suits filed against them for their outspoken criticism of the project.

15. Women environmental HRDs also faced gender-based online violence. WHRDs reported an increase in smear campaigns in social media since 2018 in connection to their work against the Amsular golden mine project. This included the dissemination of edited personal photos and videos of WHRDs and their families and CCTV recordings. In April 2019, WHRDs Ani Khachatryan and Tehmine Yenokyan applied to the court in connection to the offensive posts disseminated against them on social media seeking to hold those who disseminated them accountable.

Recommendations to the Government of Armenia:

16. Front Line Defenders calls upon the member states of the UN Human Rights Council to urge the Armenian authorities to prioritise the protection of HRDs, and, in doing so, to:

- Carry out an immediate, thorough and impartial investigations into all reported instances of threats, attacks, harassment and targeting of HRDs, following their human rights work as a main investigation line;

- Reject the draft law on amendments to the Law on Public Organisations and expand the protection granted by the Law on Domestic Violence and draft Law on Ensuring Equality with specific focus on LGBTI community and WHRDs, with a view to ensure its compliance with international human rights standards;

- Publicly recognize the positive and legitimate role of HRDs in a democratic society and ensure that public officials refrain from engaging in stigmatisation and smear campaigns against HRDs, and ensure that they publicly apologize in cases where they do so;

- Ensure that the law enforcement officials undergo a training with the focus on effective protection of LGBTI community;

- Take all the necessary measures, including legislative, to ensure the protection of human rights defenders working on LGBTI+ rights from violence, ill-treatment, hate speech and stigmatisation;

- Take all the necessary measures, including legislative, to ensure the protection of WHRDs from violence and stigmatisation, including online hate speech;

- Adopt appropriate measures to ensure that HRDs under its jurisdiction can exercise in practice their right to freedom of assembly;

- Guarantee in all circumstances that all HRDs in Armenia are able to carry out their legitimate human rights activities without fear of reprisals and free of all restrictions including judicial harassment, and ensure full respect for the UN Declaration on Human Rights Defenders. 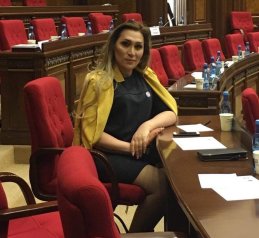 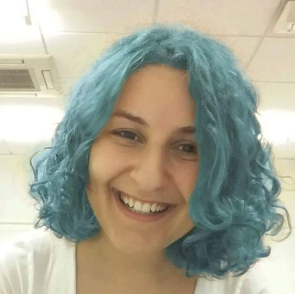 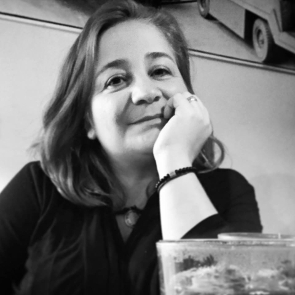