I am writing to you on behalf of Réseau d'Information et d'Appui aux ONGs en République Démocratique du Congo – Information and Support Network for NGOs in the Democratic Republic of Congo (RIAO) to call on you to ensure the upcoming European Union (EU) legislation on Sustainable Corporate Governance is effective and properly addresses risks faced by human rights defenders, in order to prevent the types of corporate human rights abuses myself and other human rights defenders in the Democratic Republic of Congo are facing.

On July 21, 2019, my friend and colleague Joël Imbangola Lunea was brutally killed by a security guard of the European funded palm oil company Plantations et Huileries du Congo S.A. (PHC) – a then subsidiary of Feronia PLC. Joël was a driver of a motorised boat used to transport people and goods between the villages around PHC’s Boteka plantations and the city of Mbandaka. Joël was not a natural community activist but he became one once he saw the impact that these oil palm plantations were having. Workers at the plantation were being exposed to hazardous pesticides on a daily basis without proper protective equipment, drinking water was contaminated with untreated waste, and wages were at poverty levels.

When human rights defenders like Joël are murdered, there are many signs beforehand that things are escalating. Joël faced increasing intimidation and harassment leading up to his murder. Many other members of RIAO, including myself, have also faced intimidation, with several of us being criminalised for our work.1 Five defenders were arrested on 12 and 13 September 2019 accused of destroying oil palm plants and a company vehicle, breaking two windows and injuring a company agent. They were detained in poor conditions in Kisangani Central Prison, which is located over 300 km from their village, for more than six months, and are still facing charges. I myself had to leave the DRC for a long time because of the risk of retaliation for my work, only recently returning, to yet again face charges against me.2

The operations of PHC are deeply rooted in Europe. European Development Finance Institutions Belgian Investment Company for Developing countries (BIO), Dutch entrepreneurial development bank (FMO) and German development finance institution (DEG) have all invested in the company, either directly of through its former parent company Feronia PLC, and continue to do so despite the significant concerns raised about the project. Belgian based Feronia KNM acquired PHC in 20203.

Given the significant retaliation we have faced, we were deeply encouraged to hear that the European Union is planning to create legislation which enacts binding obligations on business enterprises to identify, mitigate and prevent their human rights and environmental impacts. We hope that this legislation can have some impact on cases similar to ours. However, in order for the legislation to be effective it must pay particular attention to the risks faced by human rights defenders around the world. Reprisals against human rights defenders are a warning sign that other human rights abuses are occurring, and must not be ignored.

The legislation must require businesses to meaningfully engage with impacted communities and human rights defenders if businesses are to effectively identify their human rights impacts – defenders really are the experts of what is going on on the ground. This engagement must be done in such a way that it does not put human rights defenders at further risk. As we know well, expressing opposition or criticism of a project can lead to retaliation. Businesses have a responsibility to ensure this does not happen.

Given the salience and severity of threats faced by human rights defenders, legislation should also explicitly require companies to assess and address risks of reprisals linked to their value chain as part of the human rights and environmental due diligence process. Where risks to defenders are identified, businesses should also investigate the underlying concerns that have led to reprisals.

Given the need for further details for companies and investors about how address risks of retaliation, we encourage you to develop implementation guidance following the directive on this topic.

I want to end by thanking you for your work furthering corporate accountability. I hope that you can take on board our perspective and ensure the European Union (EU) legislation on Sustainable Corporate Governance properly addresses risks faced by human rights defenders. We encourage you to be ambitious; this legislation has the opportunity to make the world a safer place. 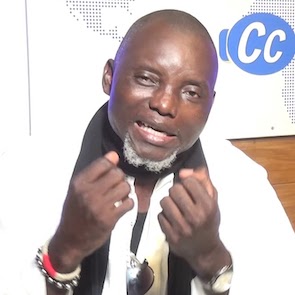