The organisations Front Line Defenders and Peace Brigades International (PBI) are deeply concerned about the continued increase in violence in the form of attacks, assassination attempts and acts of discrimination against LGBTI+ human rights defenders in Honduras. They are particularly concerned that the escalation of attacks will intensify in the coming weeks, in the context of the celebration of LGBTI+ Pride Day on 28 June 2022.

During the first months of 2022, civil society organisations defending human rights have reported serious aggressions that denote a climate of strong tension and violence against those who defend the rights of the LGBTI+ community.1 In the months between January and June, at least 19 violent deaths of people of sexual diversity have been recorded, according to data from the Office of the United Nations High Commissioner for Human Rights. This is a considerable increase compared to the 28 recorded by the organisation Cattrachas for the entire year of 2021. In addition to this, there are dozens of attacks, threats and discriminatory attitudes that hinder the full exercise of the rights of people of sexual diversity.

On 10 January 2022, Thalía Rodríguez, a transgender human rights defender and member of the Cattrachas Lesbian Network, was murdered in her home in Tegucigalpa. Weeks before her murder, the defender had spoken out about the IACHR's ruling2 which holds the Honduran state responsible for the murder of human rights defender Vicky Hernández, which took place on 28 January 2009 in the context of the coup.

On 15 March 2022, human rights defender Roger Silva, a member of the organisation SOMOS CDC, was chased by unknown individuals on a motorbike in Tegucigalpa. The individuals proceeded to rob him of the backpack in which he was carrying his computer with information about the organisation's work. Roger Silva was unable to file a complaint as the police insisted that there was no system in place. The robbery happened one day before he was due to participate in the IACHR hearing on the human rights situation of LGBTI+ people in Honduras.

On 14 May 2022, human rights defenders and members of the Colectiva de Mujeres Trans Muñecas, Rixy García3 and Rixie Madrid4 suffered an attempted transfeminicide by an unknown man in the centre of the capital, Tegucigalpa. Rixy García suffered fractures to her jaw and Rixie Madrid was stabbed in the stomach with a screwdriver. During their emergency hospitalisation, they reported being treated in a discriminatory and transphobic manner by health staff. The attack took place a week after the collective carried out several activities organised by members of SOMOS CDC and the organisation Arcoiris on the International Day against Homophobia, Transphobia and Biphobia. Despite the seriousness of her injuries, Rixy García is still awaiting surgery.

On 16 May 2022, Lucía Barrientos, coordinator of the Comité de la Diversidad Sexual y Grupo de Mujeres Lesbianas, Bisexuales y Trans IXCHEL, received anonymous threatening phone calls and intimidation while she was in Tegucigalpa. The threats occurred prior to the march on 17 May 2022 in favour of LGBTI+ rights.

On 5 June 2022, the LGBTI+ rights defender, Brayan Josué Lopez Guzmán, member of the organisation Comunidad Gay Sampedrana para la Salud Integral, and collaborator of the Colectivo Unidad Color Rosa, was killed in San Pedro Sula. In light of this new hate crime, the OHCHR has called for "a prompt, impartial and thorough investigation that considers all avenues of motives, including the possibility of a hate crime because of his sexual orientation or a reprisal for his human rights advocacy".

On 8 June 2022, Ameliana Zerón, a trans woman and member of SOMOS CDC, was assaulted while travelling on a bus and had her wallet and mobile phone stolen. She was the only person on the bus who was assaulted.

According to the information reported by the organisations, the main aggressors are affiliated with state institutions, specifically health and police authorities. This hinders access to health care and the filing of complaints, thus contributing to the reason why these crimes go unpunished.

According to CONADEH data, more than 90% of crimes against LGBTI+ persons remain unpunished. The Cattrachas Observatory has reported that of the 409 murders registered from 2009 to 2022, only 91 have been prosecuted. Even when cases reach the courts, most cases result in no conviction.

These figures reflect the violence and structural exclusion faced by this group but they could also reflect a reaction to the signs of some openness to dialogue on the part of the current President of the Republic to promote social and legislative changes that recognise the rights of these groups. These actions include the implementation of parts of the Vicky Hernandez IACHR Court ruling as well as the application to the UN to join the Group for the Protection of the Rights of LGBTI Persons.

In light of this situation, Front Line Defenders calls on the Honduran authorities to take concrete actions to help protect LGBTI+ human rights defenders and to promptly and effectively investigate the intensification of attacks, threats and acts of discrimination that they are systematically facing. 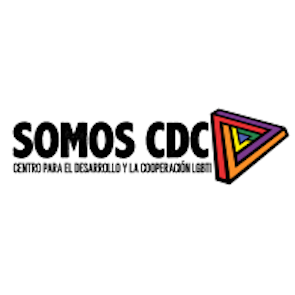 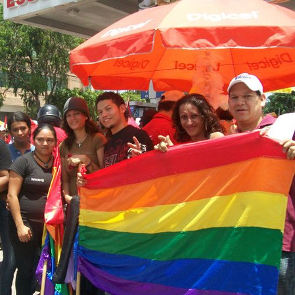