Confiscation of properties and demolition of houses of the Baha’i community following arrests, judicial harassment and arbitrary detention of human rights defenders and community’s leaders

According to Baha’i International Community (BIC), at least thirteen Baha’i activists and defenders of the rights to freedom of religion, including human rights defenders Mahvash Sabet, Fariba Kamalabadi and Afif Naemi have remained arbitrarily detained in Tehran, Karaj, Sari, Qazvin and Shiraz since 31 July 2022. During this period, the homes and businesses of 100 Baha’is across Iran have been raided and the thirteen advocates for the rights of the Baha’i community to freedom of religion have been arrested or imprisoned. This includes Mahvash Sabet, Fariba Kamalabadi and Afif Naemi.

In an attack on 2 August 2022, targeting the Baha’i community in Iran, up to 200 Iranian government agents sealed off the village of Roushankouh in Mazandaran province in north Iran where a number of Baha’is live and demolished their houses with heavy machinery. According to BIC, at least six houses were destroyed and over 20 hectares of land were confiscated. Prior to the raid, roads leading to the village were blocked, mobile devices of almost all people present in the village were confiscated and filming was prohibited. Anyone who tried to challenge the agents was arrested.

On 1 August 2022, the Iranian Ministry of Intelligence issued a formal statement claiming the arrests which had taken place since the 31 July 2022 were against members of the “Baha’i espionage [political] party” and that those arrested were “infiltrating educational environments” including kindergartens. The mention of kindergartens is an apparent pretext for the targeting of a number of Baha’is who are preschool teachers.

Mahvash Sabet, Fariba Kamalabadi and Afif Naemi, are human rights defenders who were formerly part of the community’s leadership. They have been prosecuted because of their religious belief and for advocating for the rights of the Baha’i community in Iran, who have been persecuted for over 40 years in Iran. The human rights defenders previously spent a decade in prison on charges of "espionage, propaganda against the Islamic Republic, and establishment of an illegal administration" after they were arrested in 2008. They were members of a group of people known as the “Yaran,” or “Friends” of Iran, which, until 2008, served as an informal leadership association of the Iranian Baha’i community. The Yaran concerned itself with the basic pastoral needs of the community and did so with the awareness and acceptance of the Iranian authorities at the time. However, the Yaran was disbanded as a result of the arrests and has never regrouped. The group’s subsequent inactivity indicates that statements by the Ministry of Intelligence which implicate the human rights defenders as so-called “core members” of the Baha’i “espionage party,” cannot therefore be true.

Front Line Defenders is seriously concerned about the confiscation of properties and demolition of houses of the Baha’i community, as well as the arrests, judicial harassment and arbitrary detention of human rights defenders and the community leaders. Front Line Defenders believes that these acts are directly linked to their peaceful and legitimate work in defending the human right to freedom of religion. Iran’s government has, for more than 40 years, persecuted Baha'is and imprisoned their advocates for freedom of religion in utter violation of Article 18 of the International Covenant on Civil and Political Rights which states: “Everyone shall have the right to freedom of thought, conscience and religion. This right shall include freedom to have or to adopt a religion or belief of his choice, and freedom, either individually or in community with others and in public or private, to manifest his religion or belief in worship, observance, practice and teaching.”

Front Line Defenders urges the Iranian authorities to immediately and unconditionally release all arrested Baha’i human rights defenders including Mahvash Sabet, Fariba Kamalabadi and Afif Naemi. Additionally, Front Line Defenders urges the authorities to carry out an immediate, thorough and impartial investigation into the house raids, demolition of homes and confiscation of properties, including land grab of the members of the Baha’i community, with a view to publishing the results and bringing those responsible to justice in accordance with national and international standards. 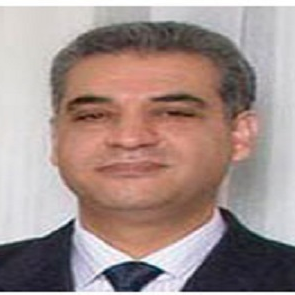 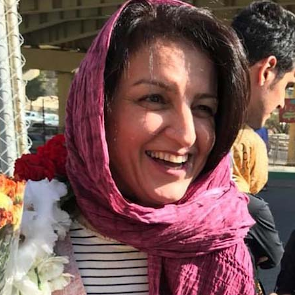 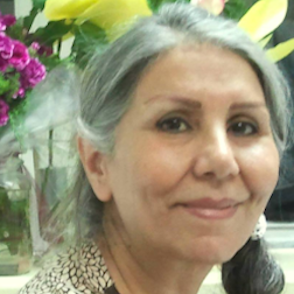