Ahead of the International Day for the Elimination of Violence against Women on 25 November 2019, Front Line Defenders calls on the Guangzhou authorities in China to immediately and unconditionally release woman human rights defender and independent journalist Huang Xueqin (黄雪琴). Police confiscated her travel documents in August and subsequently detained her on 17 October 2019 on the charge of “picking quarrels and provoking trouble”, a vaguely-defined offence carrying a maximum sentence of five years which is frequently used to penalise human rights work.

Huang Xueqin is a woman human rights defender and journalist who has worked at several domestic Chinese media outlets. In recent years she has focused on promoting women’s rights, and to document and expose sexual harassment against women and girls. In October 2017, she surveyed hundreds of female journalists from 15 provinces in China on their experience of workplace sexual harassment, and published a report of the findings in March 2018. Around the same time, several female university students from the Beijing University of Aeronautics and Astronautics approached Huang Xueqin with details of their sexual harassment at the hands of a prominent male professor. Huang Xueqin assisted Luo Xixi, one of the victims, to publicly lodge a complaint against the professor, igniting a national debate on the lack of effective mechanisms to address sexual harassment on campuses.

In the months that followed, Huang Xueqin was contacted by more victims of sexual harassment in Peking University, Henan University, Sun Yat-sen University, Wuhan University of Technology and in other workplaces. She reported on these cases and provided advice and assistance to the victims to seek justice through various channels. In June 2019, her family in Guangzhou was visited and questioned by police after she blogged about the protests in Hong Kong opposing the local government’s proposed extradition bill.

Detention of and harassment against Huang Xueqin and other women human rights defenders are inconsistent with China’s human rights obligations and undermine recent positive developments in tackling gender inequality and discrimination. In November 2018, the Ministry of Education issued a directive prohibiting “improper” relationships between educators and students, including sexual harasssment, and instructed educational institutions to effectively investigate cases and punish perpetrators. In December 2018, the Supreme People’s Court issued a directive adding two causes of civil litigation for disputes over employment discrimination and for harm resulting from sexual harassment in tort actions involving educational institutions. In July 2019, a court in Chengdu city ruled in favour of a woman who sued her former employer for sexual harassment and ordered the man to apologise. In October 2019, the Ministry of Education again urged universities to improve the handling of allegations of sexual harassment, including the setting up of special investigative committees.

In its last review in 2014 of China’s compliance with the UN Convention on the Elimination of All Forms of Discrimination against Women (CEDAW), the CEDAW Committee recommended China to “[t]ake all measures necessary to protect women human rights defenders” and to “adopt legal provisions that require employers to assume liability for sexual harassment at workplaces.” In March 2019, China also accepted numerous recommendations at its third Universal Periodic Review to guarantee that human rights defenders can carry out their work safely and to address gender-based discrimination.

In July 2019, UN Human Rights Council member states, including China, adopted by consensus a resolution on eliminating discrimination against women and girls, which recognised the “major contribution” made by women human rights defenders to empower and fulfill the rights of women and girls. The resolution also urged governments to “develop, support and protect an enabling environment for the full, meaningful and equal participation of” women human rights defenders and women’s rights organisations in promoting gender equality and human rights.

Next year will mark the 25th anniversary of the Beijing Declaration and Platform for Action (BDPA), which was adopted by China and all other participating governments in the Fourth World Conference on Women in Beijing. Under the BDPA, governments committed to combat, prevent and eliminate all forms of gender-based discrimination, including sexual harassment of women and girls in educational institutions and workplaces. Huang Xueqin’s legitimate and peaceful work positively contributes to achieving the objectives of the BDPA and upholding China’s legal obligations to respect, protect and fulfill women’s human rights. 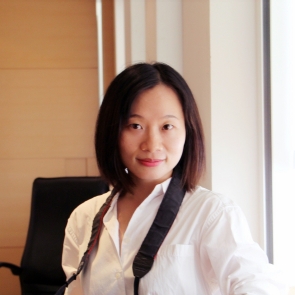