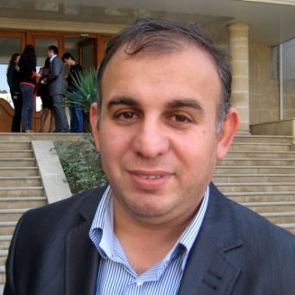 Khalid Baghirov is a human rights lawyer who has taken on many high-profile and sensitive human rights cases. He has defended human rights defenders Leyla and Arif Yunuses, Rasul Jafarov, Khadija Ismayilova and Intigam Aliyev among others. Baghirov has 40 applications pending before the European Court, 13 of which are currently being reviewed.

Since 2014, the Azerbaijani civil society has faced an aggressive and unprecedented crackdown. Leading human rights defenders have been given lengthy prison sentences under unfounded charges and independent NGOs have been forced to close down or suspend their activities.

Only very few defense lawyers have dared to take such sensitive cases and defend persecuted human rights defenders, fearing repercussions for their work. Indeed, the government has targated those lawyers who have taken on cases of jailed political prisoners, activists and journalists.

In 2011, authorities supended Mr Baghirov’s license for a year, sanctioning the human rights lawyer for publicly making a comment about the death of his client in police custody. In December 2014, his licence was suspended again and in July 2015 Baghirov was officially banned from practicing law, as a result of his statement during a court hearing of imprisoned former presidential candidate Ilgar Mammadov. Baghirov challenged the domestic court’s failure to implement the judgment of the European Court, which found Mammadov’s detention politically motivated. Even if he has been disbarred, Baghirov continues his work by advising other lawyers on domestic proceedings and litigating human rights cases before the European Court.

In 2016, Khalid Baghirov was selected as one of the finalists for the Front Line Defenders award for Human Rights Defenders at Risk. 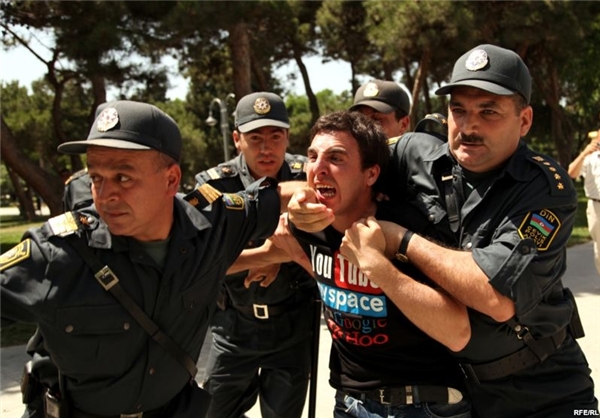 #Azerbaijan
Back to top