About Najeeb Al-Nuaimi
Status:
Travel Ban
About the situation

On 26 June 2017, Capital Security Administration informed Dr. Najeeb Al-Nuaimi that the travel ban previously imposed on him on 7 January 2017 has been renewed despite the fact that the Appeal Court in Qatar revoked it on 30 May 2017.

On 8 February, Qatari authorities delivered an order issued by the General Prosecutor banning human rights lawyer Najeeb Al-Nuaimi from travelling outside the country, without providing reason or charges against the human rights defender. 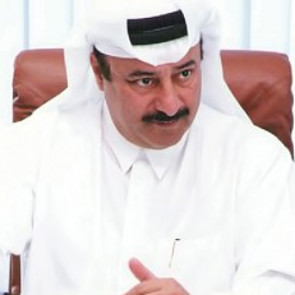 Najeeb Al-Nuaimi is a human rights lawyer and member of the Advisory Council of the Arab Program for Human Rights Activists (APHRA). APHRA is a non-governmental organisation working on human rights in the Arab world. The human rights lawyer is also a former cabinet minister of Qatar, having served as the Minister of Justice from 1995 to 1997. He previously taught public law at Qatar University.

On 8 February, Qatari authorities delivered an order issued by the General Prosecutor banning human rights lawyer Najeeb Al-Nuaimi from travelling outside the country, without providing reason or charges against the human rights defender.

In 2011/2012, Najeeb Al-Nuaimi represented Muhammed Al-Ajami in a case brought by the Qatari government. Al-Ajami is a poet that was charged with "inciting to overthrow the ruling system" through his artwork. On 29 November 2012, the human rights defender reported that Al-Ajami had been sentenced to life imprisonment in a secret trial. In March 2016, the poet was released from prison after a royal pardon commuted his sentence. Following the release of Al-Ajami, Najeeb Al-Nuaimi publicly criticised the lack of independence of the Qatari judiciary and called for the resignation of the General Prosecutor.

Despite the existence of several civil society organisations in Qatar, human rights defenders report high levels of self-censorship, especially in connection to the ruling family. A report by the Gulf Center for Human Rights published in March 2016 documents the limited space for human rights defenders to challenge government policy or the ruling family.

Front Line Defenders condemns the travel ban imposed on Najeeb Al-Nuaimi as it appears to be related to his public criticism of the lack of independence of the judicial system in Qatar.

Front Line Defenders urges the authorities in Qatar to:

1. Immediately and unconditionally remove the travel ban imposed against Najeeb Al-Nuaimi, as it appears to be connected to his criticism of the lack of independence of the judiciary in Qatar;

2. Guarantee in all circumstances that all human rights defenders in Qatar are able to carry out their legitimate human rights activities without fear of reprisals and free of all restrictions.