About Ahmad Montazeri
Status:
Sentence Suspended
About the situation

The six-year prison sentence for Montazeri was suspended after an approval by the Supreme Leader following a request by a top cleric in early March 2017.

On 26 November 2016, the Special Clerical Court in Qom sentenced Mr Ahmad Montazeri to six years in prison on the charges of ‘acting against national security’, ‘propaganda against the state’ and 'the publication of secret documents’. This sentence was issued on the basis of his publishing an audio tape that purportedly incriminates Iranian authorities in the illegal execution of thousands of political prisoners during the summer of 1988. 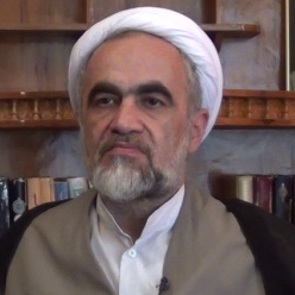 Ahmad Montazeri is a 60 year old Islamic cleric, and the son of the deceased Ayatollah Hossein Montazeri, who was one of the founders of the Islamic Republic of Iran, but was dismissed from power in 1989 for criticising the government of infringing on citizen’s human rights. In his capacity as an Islamic cleric, Ahmad Montazeri has been actively involved in promoting and supporting the rights of political prisoners and imprisoned human rights defenders. He has also been outspoken in denouncing human rights violations in Iran, and has given interviews with international media such as the BBC.

On 26 November 2016, the Special Clerical Court in Qom sentenced Mr Ahmad Montazeri to six years in prison on the charges of ‘acting against national security’, ‘propaganda against the state’ and 'the publication of secret documents’. This sentence was issued on the basis of his publishing an audio tape that purportedly incriminates Iranian authorities in the illegal execution of thousands of political prisoners during the summer of 1988.

On 26 November, the Special Clerical Court sentenced Ahmad Montazeri to 10 years in prison for ‘acting against national security’, another 10 years for ‘publishing a secret audio file’ and one year for ‘propaganda against the state’. This sentence is in regards to his publishing of an audio file  taken during a meeting held between Iranian authorities, as well as his father Ayatollah Hossein Montazeri where they were seemingly discussing the execution of political prisoners during the summer of 1988. Immeadiately following the conviction, Ahmad Montazeri’s sentence was reduced from 21 to six years. In his verdict, the judge said that this choice was “taking into the account his age and lack of prior criminal record”. The Special Clerical Court also demanded the defrocking of Ahmad Montazeri, however, he was issued a suspended sentence of three years of defrocking, where he is liable to have his status as clergy revoked if he commits another crime against national security. On 19 October, Ahmad Montazeri was summoned to the Special Clerical Court for his trial. He represented himself before the court because he was prevented from choosing his own lawyer. The Lead Prosecutor of Ahmad Montazeri’s case was one of the officials allegedly implicated in the audio file. Ahmed Montazeri is planning on appealing the sentence.

On 9 August 2016 Ahmad Montazeri published the compromising audio file on his father’s website, Amontazeri. The audio file has been removed from the website upon request from Iran’s Ministry of Intelligence.  Between July and September 1988, thousands of prisoners, mostly affiliated with Mojahedin-e Khalgh (MEK) and Fadaian-e Khalgh opposition groups, were executed and buried in mass graves, including in the Khavaran cemetery in south Tehran. The audio file allegedly provides evidence of the involvement and decision-making of state authorities in regards to the illegal execution of political prisoners in the 1980s.

Front Line Defenders is deeply concerned about the sentencing of Ahmed Montazari, as he has been targeted because of exposing the state's responsibility for human rights violations.

Front Line Defenders urges the authorities in the Islamic Republic of Iran to:

1.  Immediately and unconditionally quash the sentence against Ahmad Montazeri;

2. Carry out an immediate, thorough and impartial investigation into the allegations of the mass execution of poltical prisoners in the 1980s, in light of the new evidence, with a view to publishing the results and bringing those responsible to justice in accordance with international standards;

3. Cease targeting  human rights defenders in Iran and guarantee in all circumstances that they are able to carry out their legitimate human rights activities without fear of reprisals and free of all restrictions including judicial harassment.