About Pham Doan Trang
Status:
Assaulted
About the situation 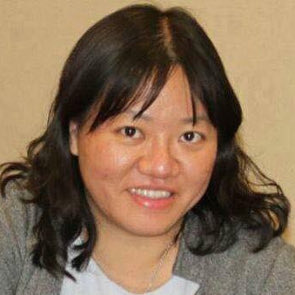 Pham Doan Trang is a human rights defender, blogger and journalist. She is the founder of online magazine Luật Khoa on law and human rights and a member of the editorial board of The Vietnamese, an independent news website aiming to raise public awareness about human rights situations and politics in Vietnam. She recently published “Politics for All”, a book promoting citizen participation, and authored a book on Vietnam’s LGBTI community’s demands for equal rights in 2008.

On 15 August 2018, Pham Doan Trang was attending a musical performance in a tea room in Ho Chi Minh City’s District 3, when over a dozen plainclothes security officers rushed into the venue. They began filming and photographing other attendees of the event. Individuals who attempted to leave the event were interrogated, had their documents inspected, and in some cases were prohibited from leaving. Pham Doan Trang was taken from the venue by police to the District 3, Ward 7 police station, where police violently interrogated her and seized her computer, identification documents, and money. A medical examiner sent by the police to inspect the defender following her interrogation confirmed that she had been injured during the interrogation. Police then took Pham Doan Trang from the station in a taxi, but soon stopped the vehicle and assaulted the defender again, striking her with a motorcycle helmet until she bled. Pham Doan Trang was hospitalised just before midnight and released some hours later.

Front Line Defenders believes that Pham Doan Trang’s assault and other harassment by authorities are solely in retaliation against the defender for her work in the protection of human rights. Front Line Defenders requests the Vietnamese authorities to bring those responsible for these violent acts to justice and ensure that such acts are not repeated.

1. Conduct an immediate, impartial and thorough investigation into the arbitrary detention and gross misuse of force inflicted upon Pham Doan Trang with a view to publishing the results and bringing the perpetrators to justice;

2. Compensate Pham Doan Trang for any medical treatment required following her assault and any other injury or adversity thereby occasioned, and return the items and money confiscated from her;