About Liu Shaoming
Status:
Released
About the situation

On 28 November 2019, labour rights defender Liu Shaoming left prison after completing his sentence of four and a half years. 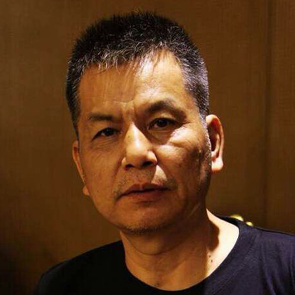 Liu Shaoming is a labour activist from Jiangxi Province. After three decades of working in several positions across China’s industrial sector, in 2014, Liu Shaoming began advocating for workers’ rights and welfare. Keenly focused on access to justice for labourers, the defender became an adviser to victims of labour abuses and frequently monitored labour rights hearings and trials. The defender has spoken out during labour disputes, notably on behalf of cleaners of academic facilities and striking shoe factory workers. He also helped to establish the “Labour Defense Volunteers”, a labourer assistance group he served until his arrest in 2015.

On 28 November 2019, labour rights defender Liu Shaoming left prison after completing his sentence of four and a half years. He is reported to be in good spirits despite minor health issues.

Liu Shaoming’s arrest took place late in the evening of 29 May 2015, when police arrived at his home, searched the residence, and took the defender into custody. As court proceedings would later reveal, Liu Shaoming was arrested in response to his written account of the 1989 Tiananmen protests, which had been posted online several days prior. The defender was kept in detention until his trial on 15 April 2016, and again until the announcement of a verdict on 7 July 2017, over two years after his arrest. The Guangzhou Intermediate People’s Court declared Liu Shaoming guilty of “inciting subversion to state power” and sentenced him to 4.5 years’ imprisonment.

1. Immediately release Liu Shaoming and quash his conviction as Front Line Defenders believes that he has been targeted solely as a result of his legitimate human rights work;

2. Adhere to all requirements under Chinese and international law regarding procedural rights of criminal suspects;

3. Provide the necessary medical treatment for Liu Shaoming and ensure that he has full access to competent medical care;