About Noel Castillo Aguilar
Status:
Killed
About the situation 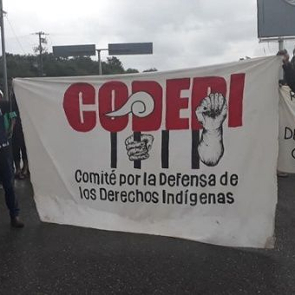 Noel Castillo Aguilar was a human rights defender working for the protection of the beaches and the communal and land rights of the community of Barra de la Cruz, Oaxaca. He was also a member of the Committee for the Defence of Indigenous Peoples (Comité de Defensa de los Pueblos Indígenas - CODEDI), an organisation promoting the rights of indigenous communities to land, autonomy and self-determination, with a particular focus on the defence of human rights violations produced by hydroelectric and mining projects in the state of Oaxaca. CODEDI has worked for more than 20 years on the promotion and protection of human rights of 50 communities in different regions in the state of Oaxaca.

Noel Castillo Aguilar was going home in a taxi on 25 October 2018 when he was attacked by unknown men with fire arms, who hit him on the head. He died around 1 p.m. that day. His father and human rights defender Leodegario Castillo Zarate had recently received death threats asking him to stop his work as an environmental human rights defender.

On 29 October 2018, a military convoy of marines traveled to CODEDI’s training center with no apparent reason other than to intimidate members of CODEDI, who were protesting the killing of the five human rights defenders.

Members of CODEDI have been subject to several attacks in 2018, including the killing of Alejandro Antonio Díaz Cruz, Ignacio Basilio Ventura Martínez and Ángel Martínez in February; Abraham Hernández González in July and Noel Castillo Aguilar in October. Three members of CODEDI were arbitrary detained on different dates between June and August of 2018 and the houses of three women human rights defenders were raided and robbed between February and October this year. Despite formal complaints to local authorities and constant public denunciations, investigations are not progressing and the precautionary measures issued by the National Commission for Human Rights (Comisión Nacional de Derechos Humanos, CNDH) have not been complied with.

Front Line Defenders is deeply concerned about the killing, criminalisation and violence against human rights defenders in Oaxaca for their role in the defence of environmental and land rights in the region, particularly and most recently regarding members of CODEDI.