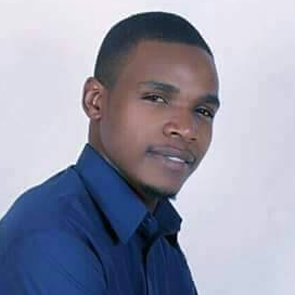 Bob Chacha Wangwe is a human rights defender and Director of the Law Department at Tanzania Students’ Networking Programme (TSNP). TSNP is a non-governmental organisation based in Dar Es Salaam which works with students on capacity building and advocacy programmes to enable them to advocate at the local, national and international levels to promote human rights and democracy in Tanzania.

On 15 November 2017, the human rights defender was sentenced to one and half years' imprisonment, or a fine of 5 million Tanzanian shillings (equivalent of 1,900 euro) by Kisutu Resident Magistrate’s Court in Dar Es Salaam, on charges of “publication of false information” under Section 16 of the Cybercrimes Act 2015. Bob Chacha Wangwe chose to pay the fine, rather than serve the prison sentence.

He was sentenced for “publication of false information” under Section 16 of the Cybercrimes Act 2015. The human rights defender was arrested on 7 May 2016 and detained for twelve days before being released on bail awaiting trial. Bob Chacha Wangwe had posted comments on Facebook questioning the respect of procedures in the 2015 elections in Zanzibar. He intends to appeal his sentence.

Front Line Defenders expresses concern about the judicial harassment of Bob Chacha Wangwe as it believes it is part of a larger pattern of harassment against human rights defenders in Tanzania.

1. Immediately and unconditionally quash the conviction of Bob Chacha Wangwe as Front Line Defenders believes that he has been targeted solely as a result of his legitimate human rights work;

2. Guarantee in all circumstances that all human rights defenders in Tanzania are able to carry out their legitimate human rights activities without fear of reprisals and free of all restrictions including judicial harassment.