The next hearing in two of the three cases against human rights defender Maxence M. Melo will take place on 24 September 2018. The Magistrate in the case stressed that all three cases must end before November 2018.

Since Maxence M. Melo was indicted on three charges on 16 December 2016, there have been three separate court cases running concurrently against him. There have been over 40 adjournments altogether and the next hearings in all three cases will take place on 3 May 2018.

On 13 December 2016, Maxence was arrested by Tanzanian authorities in Dar es Salaam, reportedly after refusing to reveal the names of anonymous contributors to the blog site, Jamii Forums, to police. 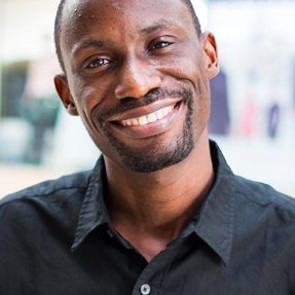 Maxence M. Melo is a human rights defender working on issues of freedom of expression, digital security, and freedom of information. He is the founder and owner of the blogging site, Jamii Forums, which hosts blogs and reports on breaking news. Jamii Forums was founded as a space in which Tanzanian citizens could engage in discussions about social, political, and economic issues anonymously. This tenet of Jamii Forums’ mission was a step to promote freedom of expression in Tanzania and to ensure the privacy of citizens who sought to engage in online discussion of current issues. Additionally, Jamii Forums seeks to encourage citizen journalists to report on issues, offering an alternative to mainstream news outlets. Since the establishment of Jamii Forums in 2006, the blog site has stood by its commitment to digital privacy and confidentiality, despite reports that Tanzanian authorities repeatedly requested information about its anonymous contributors.

UPDATE: The next hearing in two of the three cases against human rights defender Maxence M. Melo will take place on 24 September 2018. The Magistrate in the case stressed that all three cases must end before November 2018.

UPDATE: Since Maxence M. Melo was indicted on three charges on 16 December 2016, there have been three separate court cases running concurrently against the human rights defender. There have been over 40 adjournments altogether and the next hearings in all three cases will take place on 3 May 2018.

On 16 December 2016, the Resident Magistrate Court of Dar es Salaam at Kisutu indicted Mr Maxence M. Melo on three charges. The human rights defender has been in police custody since his arrest on 13 December 2016.

On 16 December, Maxence M. Melo was charged with Management of a domain not registered in Tanzania under Section 79(c) of the Electronic and Postal Communications Act of 2010, and for Obstruction of investigations under Section 22(2) of the Cyber Crimes Act of 2015 for failure to comply with an order of disclosure of data in his possession. Maxence Melo refused to comply with the order to disclose data as he had challenged the constitutionality of the order in court, and that case is still pending. The judgement in Jamii Media vs Attorney General and Inspector General of Police is scheduled for 22 February 2017. The second and third charges under the Cyber Crimes Act resulted from two orders by the Tanzania Police Force to release data containing e-communications published on the site between 10 May 2016 and 13 December 2016 and between 1 April 2016 and 13 December 2016.

On 14 December, police searched both the office of Jamii Forums and Maxence Melo’s home without warrants, according to the Maxence M. Melo’s lawyer. During the searches, the police did not take any documents, but made copies of some documents.

Since his arrest on 13 December 2016, the human rights defender has been held in detention, first at the Central Police Station in Dar es Salaam, and subsequently at Keko Prison. Maxence M. Melo was unable to secure bail on two occasions, the first time due to a restriction in Tanzanian law that requires a person to have been detained for 24 hours before a formal application for bail can be made. It is reported that the second time that he applied for bail it was not granted as only five out of 6 people required as guarantees for bail were able to present themselves to the court before the application deadline.

Front Line Defenders calls on Tanzanian authorities to quash the charges against Maxence Melo and to immediately and unconditionally release him from Keko prison.

On 13 December 2016, human rights defender Mr Maxence M. Melo was arrested by Tanzanian authorities in Dar es Salaam, reportedly after refusing to reveal the names of anonymous contributors to the blog site, Jamii Forums to police.

In 2015, Tanzania enacted the Cyber Crimes Act, which includes an ambiguous provision allowing for up to six months’ imprisonment for publishing ‘false or misleading’ information online. Under this new law, on 16 January 2016, the Criminal Investigation Department of the Tanzanian Police Force sent a letter demanding that Jamii Forums disclose an IP address of a user who had posted an article on the website. On 26 January 2016, the Cyber Crimes Unit of the Tanzania Police Force sent a letter demanding that Jamii Forums disclose information about two users who had posted an article. They demanded the full name, email address, and all posts that the users had made on the website. On 23 February 2016, Jamii received another similar request from the Cyber Crimes Unit. In response to each letter, Jamii Forums responded that, in order to disclose this sensitive information, they needed to know the offences allegedly committed by the users whose information was sought. Jamii Forums maintained that they have a legal duty to protect the private information of their contributors, in keeping with the law and the site’s privacy policy. While recognizing that Jamii Forums may occasionally need to divulge information concerning its contributors, it acknowledges that this should be done in full accordance with the law.

Front Line Defenders expresses their  concern at Maxence M. Melo’s arrest as it believes his arrest was motivated by his legitimate defence of human rights in Tanzania.

1. Immediately and unconditionally release Maxence M. Melo, and drop all charges against him as Front Line Defenders believes that he is being held solely as a result of his legitimate and peaceful work in the defence of human rights and digital security;

2. Ensure that the treatment of Maxence M. Melo, while in detention, adheres to the conditions set out in the ‘Body of Principles for the Protection of All Persons under Any Form of Detention or Imprisonment', adopted by UN General Assembly resolution 43/173 of 9 December 1988;

3. Guarantee in all circumstances that all human rights defenders in Tanzania are able to carry out their legitimate human rights activities without fear of reprisals and free of all restrictions.