On 20 December 2017, human rights defender John Luhiriri was released from detention at the Agence Nationale de Renseignement (National Intelligence Agency - ANR) in Tshikapa, Kasai province. On 28 November 2017, he was stopped and held by members of the national police and four other plainclothes agents, recognised by witnesses as members of the national intelligence service, in Tshikapa, the capital of Kasai province. 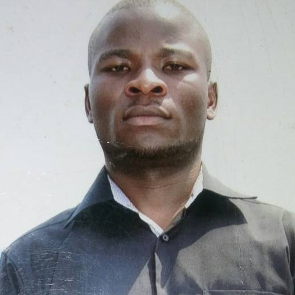 UPDATE: On 20 December 2017, human rights defender John Luhiriri was released from detention at the Agence Nationale de Renseignement (National Intelligence Agency - ANR) in Tshikapa, Kasai province. He had been detained for 22 days with his family and colleagues unaware of his location.

On 28 November 2017, John Luhiriri was in Tshikapa on a field mission, during which he was expected to meet local human rights defenders to discuss gender-based violence in the region. At approximately 2:00 pm, he was intercepted by agents of the national police who were accompanied by four plainclothes agents of the ANR – Agence Nationale de Renseignement (The National Intelligence Agency). The officers confiscated his work documents and identity card and then took him to an undisclosed location. Colleagues of the human rights defender have approached local and national police, as well as the local office of the ANR, but have not been able to trace his whereabouts.

Human rights defenders in the Democratic Republic of Congo have been subjected to arbitrary detention and violent attacks, including killings. In 2017, Front Line Defenders has reported on the killings of human rights defenders Tsongo Sikuliwako Alex, Alphonse Luanda Kalyamba, Marcel Tengeneza, the attempted killing of Butoto Kiza and death threats against Philippe Busimba.

Front Line Defenders is deeply concerned about the arrest of John Luhiriri, and his physical and psychological integrity. It urges the Congolese authorities to immediately disclose his whereabouts and ensure he is unconditionally released.

Front Line Defenders urges the authorities in the DRC to:

1. Immediately and unconditionally release John Luhiriri, as Front Line Defenders believes that he is being held solely as a result of his legitimate and peaceful work in the defence of human rights;

2. Inform John Luhiriri’s family and lawyer of the location of his detention, and allow them immediate and unfettered access to him;

3. Ensure that the treatment of John Luhiriri while in detention adheres to the conditions set out in the ‘Body of Principles for the Protection of All Persons under Any Form of Detention or Imprisonment', adopted by UN General Assembly resolution 43/173 of 9 December 1988;

4. Cease targeting all human rights defenders in the DRC and guarantee in all circumstances that they are able to carry out their legitimate human rights activities without fear of reprisals and free of all restrictions including judicial harassment.