About Waleed Al-Batal
Status:
Imprisoned
About the situation

On 12 November 2019, the Appeals Court of Laayoune reduced the sentence of Waleed Al Batal from 6 to 2 years. 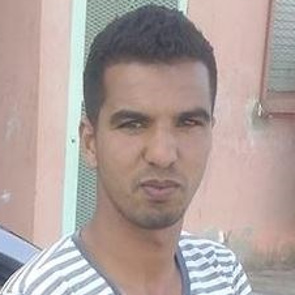 On 12 November 2019, the Appeals Court of Laayoune reduced the sentence of Waleed Al Batal from 6 to 2 years. The human rights defender still has visits from his family and lawyer restricted.

On 7 June 2019, Waleed Al-Batal was violently arrested by the Moroccan police while traveling in his car with a colleague in the city of Samara, on his way to participate and document the event celebrating the release of Sahrawi Salah Lebsir from prison. During his arrest he was violently beaten by the several police men and taken to a location that was not disclosed by the authorities for a number of hours. The human rights defender was interrogated over a period of 48 hours at a local police station in Samara. During the interrogation he was physically abused, ill-treated and prohibited from lawyer and family visits. After the interrogation, Waleed Al-Batal was transferred to Laayoune prison, 217 kilometers away from where he lives. Lawyer and family visits remained heavily restricted.

On 9 October 2019, after spending four months in preventive detention, the Criminal Court of First Instance of Laayoune sentenced Waleed Al-Batal to six years in prison on the charges of ‘obstructing public order’, ‘insulting public employees’ and ‘disobedience’.

Human rights defender Waleed Al-Batal has been frequently harassed by the Moroccan authorities. In December 2016, he was sentenced to 16 months in prison, due to his participation in a peaceful demonstration calling for the right to self-determination in Western Sahara. After his release in September 2017, he was frequently threatened with re-arrest and torture by the authorities.

Front Line Defenders condemns the prison sentence of human rights defender Waleed Al-Batal, as it believes the sentence is solely motivated by his peaceful and legitimate human rights work promoting the right to self-determination of Western Sahara.