About Afzal Kohistani
Status:
Killed
About the situation 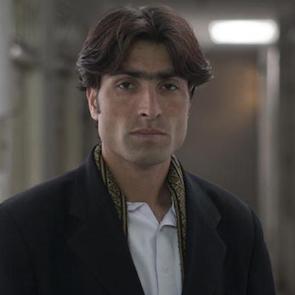 Afzal Kohistani was a human rights defender who had been campaigning against “honour killings”, or choar, in the Kohistan region of Pakistan. He had been the central figure seeking justice for the killing of five young women and three young men in 2012 and 2013.

Afzal Kohistani was a human rights defender who had been campaigning against “honour killings”, or choar, in the Kohistan region of Pakistan. He had been the central figure seeking justice for the killing of five young women and three young men in 2012 and 2013.

The 2012 and 2013 “honour killings” were linked to a video, which went viral after it appeared online in 2012. It showed five young women singing and clapping, while two young men performed a traditional dance during a local wedding in Palas, a remote area in Kohistan. The mixing of genders is considered a serious violation of tribal norms in Kohistan and the young people were killed as a result of the “dishonour” they had brought on their families and community.

According to the human rights defender, in 2012 the village council, or jirga, ordered the killings of  the young people featured of the video. The five young women were allegedly tortured and killed on 30 May 2012. One of the young men featured in the video was killed on 3 January 2013, but the second man, Bin Yasir, fled and had been in hiding for several years and only came out following Afzal Kohistani’s killing. Two other young men, who were not featured in the video, were killed in the same incident in January 2013 in reprisal for the human rights defender’s advocacy on the killings of the young women. All four of the men are brothers of Afzal Kohistani.

Since the killings, Afzal Kohistani had played a key role in urging authorities to investigate the crimes so as to bring the perpetrators to justice. His advocacy on the 2012 “honour killings” sparked widespread media outrage against the killings, which prompted the then Chief Justice of Pakistan Iftikhar Chaudhary to order a fact-finding mission into the killings. After the fact-finding mission failed to conclude whether or not the killings had taken place, a  First Information Report (FIR) was registered at the Palas Police Station on 31 July 2018, following an order from the Supreme Court. Several suspects were subsequently arrested and confessed to the killings of three of the girls.

On 6 March 2019, Afzal Kohistani was in Abbottabad ahead of a court hearing relating to the Kohistan “honour killings”, at which he was due to testify. At around 8.10pm, Afzal Kohistani was shot multiple times by unidentified gunmen. The gunmen immediately fled and the human rights defender died at the scene. At the time of shooting, Afzal Kohistani was with his nephew, Faizur Rahman, who was accompanying him as additional protection due to the death threats he had received. The nephew has since been arrested by police and has been falsely accused of killing Afzal Kohistani. Bin Yasir, the sole survivor of those who had appeared in the video, has since come out of hiding to protest the arrest of his relative, Faizur Rahman.

At the time of his death, the human rights defender was the sole provider, not only for his own family, but also for his nieces, nephews, and sister-in-laws, as a result of the killing of his three brothers in 2013. His numerous dependents, which include a total of 18 children, are now in an ever more vulnerable situation.

Front Line Defenders is concerned for the safety of Faizur Rahman, who it believes has been falsely implicated in the shooting, and remains in police custody. We also express serious concern for the safety of Afzal Kohistani’s brother, Bin Yasir.

Front Line Defenders strongly condemns the killing of Afzal Kohistani and his family members, which is understood to have been a result of his legitimate and peaceful human rights work, particularly his campaign against the practice of “honour killings” in Kohistan.