HRD Sentenced to 9 Years in Prison

About Gaibullo Jalilov
Status:
Released
About the situation 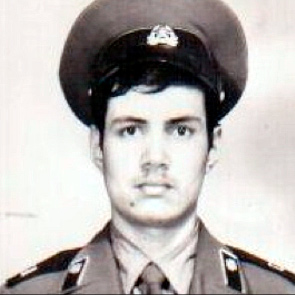 Gaibullo Jalilov is an advocate for the Muslim community in Uzbekistan. Since 2003, he has been a member of the Kashkadarya Branch of the Human Rights Society of Uzbekistan. Before being arrested in 2009, his work focused on the violation of the right to religious freedom, and in particular, on the persecution of Muslims in the Kashkadarya region.

Gaibullo Jalilov, became involved in the protection of victims of religious persecution in 2003 and became a member of the Qashqadaryo Branch of the Human Rights Society of Uzbekistan (HRSU) shortly thereafter. His work was particularly focused on the persecution of Muslims in the Qashqadaryo region.

The human rights defender came to the attention of the authorities following his visits to the "Navo" mosque in the Qashqadaryo regions’s capital, Qarshi. He was arrested in September 2009 and he was sentenced to nine years in prison in early 2010. His case was reviewed in September 2010 following an appeal, but his sentence was subsequently extended to 11 years.

After serving almost nine years, the human rights defender was released from prison on 16 March 2018 and returned to his home in the Qashqadaryo region.

Front Line Defenders welcomes the release of Gaibullo Jalilov but it remains concerned about the situation of other imprisoned human rights defenders in Uzbekistan and calls for their immediate release.

During a closed court hearing on 5 August 2010, human rights defender Mr Gaybullo Jalilov had his prison sentence extended by four years. Gaybullo Jalilov was charged with promoting radical Islamic ideas whilst in prison, and was found guilty by Kashkadarya Regional Court of “attempting to overthrow Uzbekistan's constitutional system” under Article 159 of the Criminal Code.

On 18 January 2010, Gaybullo Jalilov was originally sentenced to nine years in prison after he was found guilty of "organisation of criminal association”, “production or dissemination of materials constituting a threat to public security and public order” and “founding, leading and participating in religious extremist, separatist, fundamentalist and other forbidden organisations”. He now faces a term of 13 years in prison.

Gaybullo Jalilov's lawyer has been reluctant to speak about the trial, fearing reprisal for providing information about the case. However, he stated that the new charges were based upon witness testimony that the human rights defender had participated in religious gatherings, during which particpants took part in religious studies and watched DVDs containing extremist content. Gaybullo Jalilov pleaded not guilty and was reportedly denied a request for prosecution witnesses to be questioned in court.

Gaybullo Jalilov is a member of the Human Rights Society of Uzbekistan, and was involved in protecting the rights of Muslims in Kashkadarya Region.

Human rights defender Gaybullo Jalilov has been sentenced to nine years in prison after a closed trial on 18 January 2010. Gaybullo Jalilov is a member of the Karshi branch of the Human Rights Society of Uzbekistan.

On 18 January 2010, Gaybullo Jalilov was found guilty by the Kashkadarya Regional Court of "organisation of criminal association”, “production or dissemination of materials constituting a threat to public security and public order” and “founding, leading and participating in religious extremist, separatist, fundamentalist and other forbidden organisations” under Article 159 part 3, 244.1 part 3 and 244.2 part 1 of the Criminal Code of the Republic of Uzbekistan. Gaybullo Jalilov was sentenced to nine years in prison. The judges of the Kashkadarya Regional Court travelled to Bukhara for the hearing.

Gaybullo Jalilov has been detained since 5 September 2009. On 9 September 2009, he was sentenced to 10 days in prison for “resisting arrest”. He was later accused of conspiring to blow up Karshi airport, buildings of law enforcement bodies and the military base of Khanabad. He was charged with “terrorism”, “incitement to national, racial or religious hatred”, “infringement against the constitutional system of the Republic of Uzbekistan”, “sabotage”, “organisation of criminal association”, “production or dissemination of materials constituting a threat to public security and public order”, and of “founding, leading and participating in religious extremist, separatist, fundamentalist and other forbidden organisations”, under Articles 155 part 3, 156 part 3, 159 part 3, 161, 242 part 2, 244 part 1 and 244 (2) of the Criminal Code of the Republic of Uzbekistan. According to the information received, the criminal case against him was initiated by the National Security Service of Kashkadarya region on 26 August 2009.

Gaybullo Jalilov's family were only granted permission to visit him for the first time on 6 November 2009. This meeting took place in the presence of three representatives of the National Security Service in the Kashakadarya regional department of internal affairs in Beshkent. Gaybullo Jalilov's lawyer only met with him for the first time on 9 October 2009. According to his family, Gaybullo Jalilov’s health has seriously deteriorated while in detention as he suffers from depression and kidney disease.

Front Line believes that the sentencing of Gaybullo Jalilov forms part of a strategy used by the Uzbek authorities to silence the last active human rights defenders in Uzbekistan by putting them in prison for long periods of time and to discourage all those who might consider getting involved in the human rights movement in Uzbekistan. Front Line fears for the physical and psychological integrity of Gaybullo Jalilov.