Harassment against I WATCH staff members

About I WATCH
Status:
Harassed
About the situation

On 17 April 2017, Nabil Karoui, the head of the politically linked and widely-viewed private Tunisian TV channel, Nessma, was heard in a voice recording plotting a defamation campaign against the staff members of human rights organisation I WATCH after they had accused him of corruption in reports they had published online. 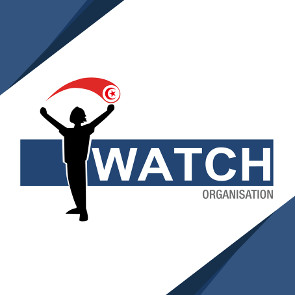 I WATCH is a Tunisian non-governmental organisation that was established to ensure transparency and to fight corruption in the aftermath of the Tunisian revolution. The organisation aims to empower young men and women from different regions of the country who are working to preserve freedoms and rights gained following the revolution, I WATCH works to ensure that all political events are transparent including during elections. I WATCH also seeks to facilitate access to information to the public as it believes corruption was one of the triggers for the revolution. The organisation also works on the democratisation of the police to ensure that rights and freedoms are respected in the post-revolution period and on voter education and election observation.

On 17 April 2017, Nabil Karoui, the head of the politically linked and widely-viewed private Tunisian TV channel, Nessma, was heard in a voice recording plotting a defamation campaign against the staff members of human rights organisation I WATCH after they had accused him of corruption in reports they had published online.

Leaked by an unknown source, the voice recording of Nabil Karoui, the head of Nessma and founding member of 'Nidaa Tounes' political party, was published widely in Tunisian media and social networks on 17 April 2017. In the voice recording, Nabil Karoui is heard proposing a detailed defamation campaign to  discredit I WATCH and its staff members in retaliation for a report accusing him and the executives within his channel of corruption and tax evasion. He suggested to follow the female staff members, take photographs of them in the company of their male colleagues and then approach the women’s families claiming that their daughters are dating spies and traitors. Another suggested tactic was to issue several news reports characterising the I WATCH staff members as spies and traitors and publishing photographs of them.

On 18 April 2017, reports indicated that the Tunisian General Prosecutor had launched an inquiry into the content of the leaked recording. On 20 April 2017, I WATCH filed an official complaint against the TV channel and its executives accusing them of organising criminal activity, smear campaigns and inciting violence against its staff, who feel threatened and at risk due to their human rights work. A previous defamation campaign by Nessma TV channel on members of I WATCH took place in July 2016 using similar tactics. At that time, photos of I WATCH members were published with an aim of putting their integrity and loyalty to Tunisia to question.

Front Line Defenders is concerned that the staff members of I WATCH might be at risk following the leaked audio recording and that they will be subject to further harassment without prompt and independent intervention from Tunisian authorities.

Front Line Defenders urges the authorities in Tunisia to:

1. Ensure that the ongoing investigation of the voice recording of Nabil Karoui is thorough and impartial and will be published with an aim of protecting the staff members of I WATCH;

2. Ensure accountability for those involved in the smear campaigns and harassment against I WATCH;

3. Guarantee in all circumstances that all human rights defenders in Tunisia are able to carry out their legitimate human rights activities without fear of reprisals and free of all restrictions.