The human rights defender was also calling to verify that those who were monitoring her house were in fact officers from the Ngao District Police Station. 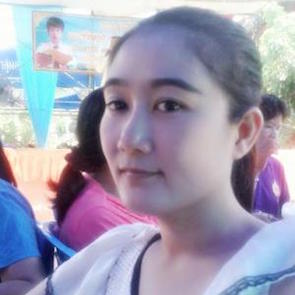 Waewrin Buangern (Jo) is a Lampang community-based human rights defender and co-ordinator of the Rak Ban Haeng Conservation Group, based in Lampang province, North Thailand, working to protect the environment and natural resources of local communities. The Rak Ban Haeng Conservation Group was set up by Ban Haeng villagers who were opposing a mining project in the Lampang province granted to the Kiew Lueng Company in 2010. As coordinator of the Conservation Group, Waewrin Buangern has organised meetings to raise awareness for the villagers and helped with the submission of petition letters to the local authorities.

The human rights defender was also calling to verify that those who were monitoring her house were in fact officers from the Ngao District Police Station.

On 17 August 2015, Waewrin Buangern, along with other members of the Rak Ban Haeng Conservation Group, had submitted petitions to the Department for Public Works and Town and Country Planning in which they outlined proposals for improvements to the area and livelihoods of the people in Ban Haeng village in Lampang province, north Thailand. As a result of this, there has been an increase in the surveillance and harassment which the human rights defender is facing.

On 19th August 2015, at approximately midday, a white pick-up truck with licence plate number: Mor Hor 5190, arrived at the home of Waewrin Buangern while she was not present. Members of the Rak Ban Haeng Conservation Group identified four plain-clothes police officers in the pick-up truck, who are officers from the Ngao District Police Station. The officers reportedly took photographs of the house and asked her neighbours about Waewrin Buangern's whereabouts. They also enquired about the petition letter which the members of Rak Ban Haeng Conservation Group had submitted to the relevant authorities. Following this incident, Ms. Waewrin called the Ngao District Police Chief to report the incident and to verify that those who visited her house were in fact officers from the Ngao District Police Station.

On 17 August 2015, following hours of negotiation, Waewrin Buangern and other members of the Conservation Group were finally able to submit their petitions to the Damrongtham Centre, an office of the Ministry of the Interior set up by the military junta to deal with people’s complaints and concerns. The villagers were successful in submitting their petition letters to a representative of the Department for Public Works and Town and Country Planning, asking for the renovation of a local waterway and local road, which are essential to the livelihoods of the people in Ban Haeng village.

Prior to travelling to Lampang city to submit the petitions, at approximately 6:30 a.m., members of the military and local police had arrived in the village in an apparent effort to prevent members of the Conservation Group from making the trip. On Sunday 16th August 2015 the head of Ngao District Policee Station and the Chief of Ngao District Administrative Authority came to Ban Haeng to tell Khon Rak Ban Haeng leaders, including Ms. Waewrin, not to go and petition the Governor the next day. On the same Sunday, Ms. Waewrin also got a phonecall from the Army telling her to not go and submit the petition.

Currently, Waewrin Buangern is being closely monitored. Each evening two plain-clothes soldiers patrol the Ban Haeng village on motorbike. It was reported that the soldiers are monitoring the movement of villagers, in particular those of Waewrin Buangern, as coordinator of the Conservation Group. Furthermore, she is regularly contacted by the authorities and asked about her whereabouts and her human rights activities, in particular any activities within the Conservation Group.

Waewrin Buangern has been under almost constant surveillance since the Conservation Group joined the Walk for Land Reform in Thailand on 9 November 2014 in Chiang Mai. On 11 November 2014, in a meeting which took place at Patoupah Special Military Training Facility, where villagers and representatives of the authorities had an opportunity to exchange opinions, Waewrin Buangern was reportedly threatened by one of the high-rank officials who stated: “You know we can make anyone disappear.”

Members of a similar conservation group, Khon Rak Ban Koed, have also been targeted as a result of their human rights activities. On 20 August 2015, a preliminary court hearing in the case of Mr Surapan Rujichaiwat will take place at the Mae Sod Provincial Court. He is charged with defamation following a post on social media calling for an investigation into the activities of a gold mining project in Loei Province in north-eastern Thailand.