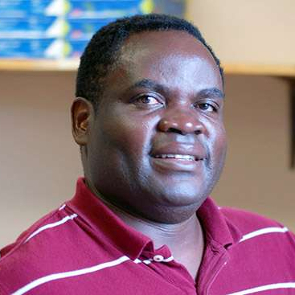 Vincent Machozi was a Catholic priest and human rights defender who had documented human rights abuses in eastern Democratic Republic of the Congo (DRC) for several years prior to his killing. He sought to expose and seek justice for atrocities committed by all sides during the country's civil war by mobilising witnesses and victims of violence to report on the human rights violations they had observed and been subjected too. He created a website, Beni Lubero Online, as a platform for the storage and dissemination of information about these human rights abuses. The human rights defender was also closely engaged in conflict transformation efforts involving leaders of his community of Nande, a major tribe in Eastern DRC, while working to seek justice for thousands of victims of mass violence targeting his community.

At approximately midnight on 20 March 2016, up to ten armed men dressed in Congolese army uniform stormed the 'Mon Bon Village' Centre in the village of Vitungwe-Isale, 15 km from Butembo in the Territory of Beni, where Father Machozi had joined traditional Nande leaders for a discussion on peace in the area. The gunmen found Machozi in the Centre's courtyard, where he was working on his laptop, and proceeded to open fire upon him. He died immediately.

The human rights defender had previously received several death threats as a result of his human rights work. In 2003, he was forced to seek refuge in the US. He remained out of the country for nearly a decade, before returning in 2012 to resume his work, continuing to seek justice for human rights violations perpetrated in the country. He used the website he had launched as a platform to denounce what he viewed as collusion between armed groups, the political elite and various corporate interests in the “balkanization” of the Ituri and Kivu regions of the DRC, for purposes of illicit exploitation of minerals, particularly coltan.

Several days prior to the attack, Father Machozi had posted an online article denouncing the involvement and complicity of the Congolese and Rwandan authorities in the massacre of innocent civilians in the context of what he described as the ongoing Rwandan involvement in the regions of Kivu and Ituri. The human rights defender denounced cases in which Rwandan citizens were found in the possession of weapons and explosives allegedly used against civilians in the DRC.

Front Line Defenders strongly condemns the killing of human rights defender Father Vincent Machozi as it believes he was targeted as a result of his legitimate work in the defence of human rights.

Front Line Defenders urges the authorities in the DRC to:

2. Carry out an immediate, thorough and impartial investigation into the killing of Vincent Machozi, with a view to publishing the results and bringing those responsible to justice in accordance with international standards;