About Vicente Adriano
Status:
Intimidation & Smear Campaign
About the situation

On 11 January 2016, human rights defenders Mr Jeremias Vunjanhe and Mr Vicente Adriano were subjected to harassment and intimidation whilst participating in community consultations connected to a large-scale agribusiness project in Northern Mozambique. 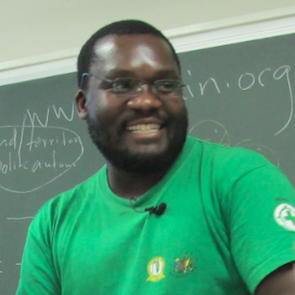 Vicente Adriano is a member of the União Nacional de Camponeses – UNAC (National Union of Peasants). UNAC advocates for economic, social and cultural rights in Mozambique by organizing, encouraging and defending more active participation by rural and peasant communities in the formulation of public policies and development strategies in the State. The organisation also aims to ensure food sovereignty and to promote gender equality and access to land among rural communities in the country.

On 11 January 2016, human rights defenders Mr Jeremias Vunjanhe and Mr Vicente Adriano were subjected to harassment and intimidation whilst participating in community consultations connected to a large-scale agribusiness project in Northern Mozambique.

The intimidatory acts against Jeremias Vunjanhe and Vicente Adriano occurred on 11 January 2016 during a series of consultations between local farmers in Northern Mozambique and the developers of the large-scale agribusiness project known as Pro-Savana, which is developing agriculture projects in savannah areas of Mozambique largely aimed at producing soya beans.

The human rights defenders were confronted by an external consultant, Mr João Lameiras, who had been hired to assist with the consultations by the Japan International Cooperation Agency (JICA), the main sponsor of the agribusiness project. Mr Lameiras accused the human rights defenders of having their own agenda, stating that they “are serving other interests” (“eles estão a serviço de outras agendas”), and warning that they should “be careful” (“eles devem ter cuidado”). He finally accused the human rights defenders of “being criminals, being thugs, and making money by deceiving local farmers” (“são marginais, são mafiosos, ganham dinheiro e enganam camponeses”).

During the consultations, Jeremias Vunjanhe and Vicente Adriano had strongly opposed the proposed programme for the agribusiness project, and advocated for a more comprehensive program, which would address the needs of local farmers to ensure food sovereignty. The agribusiness project is led by the Mozambican, Brazilian, and Japanese governments through the sponsorship of the JICA, in partnership with private sector actors.

The intimidation of Jeremias Vunjanhe and Vicente Adriano and the making of false accusations against them follows previous attempts to delegitimise their human rights work. In April 2014 at the General Assembly of UNAC, in Nampula, the Provincial Director of Agriculture in Nampula accused the human rights defenders of having infiltrated the organization at the behest of foreign actors. These accusations were subsequently reproduced by many media outlets in the country in a clear attempt to undermine the reputation and work of the human rights defenders.