On 24 August 2018 human rights lawyer Shukhrat Kudratov was released after serving four years and one month in detention. Currently, Shukhrat Kudratov is banned from legal practice due to his conviction and is obliged to pay a fine of approximately 8,000 EUR or otherwise go back to prison. 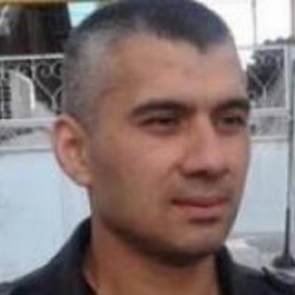 Shukhrat Kudratov is a leading lawyer for the independent news agency “Asia-Plus”. In 2011, he was named Human Rights Defender Of The Year in Tajikistan by the local Bureau for Human Rights and Rule of Law. Shukhrat Kudratov is one of few human rights lawyers in Tajikistan who defended opposition activists, victims of police torture, and those accused of “religious extremism”.

On 24 August 2018 human rights lawyer Shukhrat Kudratov was released after serving four years and one month in detention. Currently, Shukhrat Kudratov is banned from legal practice due to his conviction and is obliged to pay a fine of approximately 8,000 EUR or otherwise go back to prison.

On 13 January 2015, the Dushanbe City Court sentencedShukhrat Kudratov to nine years' imprisonment in a penal colony under Articles 247 and 320 of the Criminal Code of Tajikistan on charges of fraud and bribery. This sentence was later reduced by the Supreme Court to three years and eight months in prison. He was convicted of fraud and bribery stemming from a public letter he addressed to international organisations and foreign governments on 20 July 2014, in which he drew their attention to the imprisonment of Zaid Saidov, a Tajik politician, claiming that his criminal prosecution was politically motivated.

On 13 January 2015, the Dushanbe City Court sentenced human rights lawyer Mr Shukhrat Kudratov to nine years' imprisonment in a strict regime penal colony on charges of fraud and bribery. The human rights defender has also been prohibited from performing any activities as a lawyer upon completion of his prison term.

The human rights defender was convicted under Articles 247 and 320 of the Criminal Code on charges stemming from a public letter he addressed to international organisations and foreign governments on 20 July 2014. In the letter, he drew their attention to the imprisonment of Zaid Saidov, claiming that the criminal prosecution was politically motivated.

While the prosecutor requested a sentence of 11 years, the Court sentenced Shukhrat Kudratov to nine years on the basis that he is a father of three and that he is to be included in a partial amnesty signed into the law by the President of Tajikistan on 3 November 2014. According to the terms of the amnesty, the penalty for individuals convicted for serious crimes should be reduced by a third. The law also provides for a full amnesty for those convicted for economic crimes if they have provided compensation of the damages caused. The Court, however,did not apply this provision to Shukhrat Kudratov. The human rights defender announced that he will appeal the verdict.

Front Line Defenders is highly concerned at the sentencing of Shukhrat Kudratov, as it is believed that the conviction is directly related to his legitimate human rights activities.

On 21 July 2014, human rights lawyer Mr Shukhrat Kudratov was arrested in his office in Dushanbe city. On 23 July, he was charged with three criminal offences – including attempted bribery of a judge – and, on the same day, the court ruled to hold him in pre-trial detention.

Last year, Shukhrat Kudratov was one of three lawyers representing Mr Zaid Saidov, a local businessman and prominent opposition figure, who was arrested in May 2013 and sentenced in November to 26 years' imprisonment plus confiscation of his property. Zaid Saidov's arrest came after he announced the creation of a new opposition party leading up to the December 2013 presidential elections in Tajikistan. After the Saidov trial, his lawyers were targeted by the authorities.

On 7 March 2014, the governmental anti-corruption agency (the Agency for State Financial Control and the Fight Against Corruption of the Republic of Tajikistan) arrested another of Zaid Saidov's lawyers. Mr Fakhriddin Zokirov was charged with fraud on allegations relating to his credit payments. Fakhriddin Zokirov remains in detention.

Following the Saidov trial, one of the official victims filed a civil law suit against Shukhrat Kudratov for “moral damage”, claiming that the human rights lawyer had offended her. Shukhrat Kudratov petitioned the judge to grant him access to the audio records used by the complainant as the main evidence of the offence, but the judge rejected the petition. On 17 April 2014, Shukhrat Kuratov filed a complaint to the Ministry of Justice against the judge. On 19 June 2014, the court in Dushanbe ruled to fine Shukhrat Kuratov in absentia for 200,000 Tajikistan Somoni (approximately € 30,000) for “moral damage”.

The governmental anti-corruption agency alleges that Shukhrat Kudratov received $ 2,500 (US dollars) from a defendant for the purposes of transferring a financial bribe to the local judge. On the day of his arrest, Shukhrat Kudratov publicly denied this allegation. He currently remains in detention.