About Islam Gawish
Status:
Threatened
About the situation

On 31 January 2016, human rights defender and cartoonist Mr Islam Gawish was arrested at his workplace and detained overnight by police. 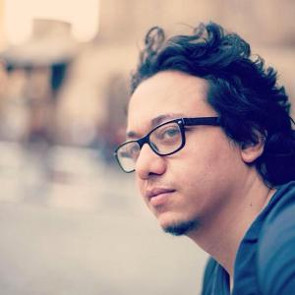 Islam Gawish is a blogger and popular young cartoonist. He works for Egypt News Network (ENN), a news website managed by the Social Media Marketing Company, and publishes his comics on the Al-Waraqa ('The Paper') Facebook page, which is followed by more than 1.6 million users. He uses his cartoons to highlight human rights abuses committed by the police, as well as issues of corruption and repressive governmental policies.

On 31 January 2016, human rights defender and cartoonist Mr Islam Gawish was arrested at his workplace and detained overnight by police. A group of over 10 members of the Egyptian police raided the offices of the Social Media Marketing Company in the Nasr district of Cairo, where Gawish works, and arrested him on allegations of 'running a website and Facebook page without permits', 'disseminating false news' and 'illegally possessing pirated computer software'.

The police confiscated his laptop and other computers owned by the company. Islam Gawish was held at Nasr City Police Station overnight, after the Nasr City Prosecution had postponed his interrogation pending investigations by the National Security Agency. He was interrogated on 1 February 2016, before being released on the same day following an order from the Nasr City Public Prosecution.

Egyptian authorities have recently increased their harassment of online media and internet activists. In November 2015, journalist and human rights defender Mr Hossam Bahgat was detained for three days and interrogated at the headquarters of the Military Intelligence, in connection with his publication of reports concerning Egypt's military on the Mada Masr news website. In October 2015, the law student Mr Amr Nohan was sentenced to three years' imprisonment by a military court for posting an image of President Abdel Fattah el-Sisi wearing Mickey Mouse ears on his Facebook account. In April 2015, Egyptian police raided the headquarters of Radio Horytna, an on-line radio station, and arrested the chief editor Mr Ahmed Samih who was detained for one night before being released on bail of 5000 LE (€596), and charged with "establishing a radio station and broadcasting materials on the internet without permission".